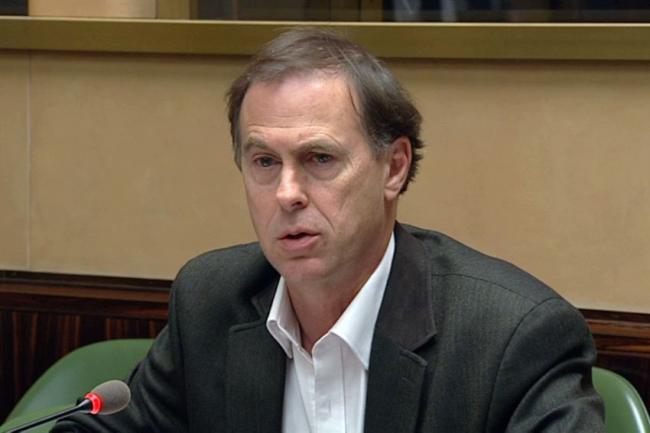 India Blooms News Service | | 27 May 2015, 08:33 am
#Kyrgyz law on civil society groups must protect free expression: UN expert
New York, May 27 (IBNS): The United Nations rights office called on Tuesday on the Government of Kyrgyzstan to ensure that the freedoms of expression and association are protected in line with international human rights standards as the countryâ€™s Parliament prepared to hear the first reading of draft law that could negatively affect the work of civil society organizations there.

“We urge a review of this draft law to ensure that it does not restrict the important work of civil society organizations in the country,” said Rupert Colville, the spokesperson for the UN High Commissioner for Human Rights.

The draft law requires non-commercial organizations established in the Kyrgyz Republic, involved in “political activities” and receiving funding from foreign sources, to register as “foreign agents.”

It also requires that materials published by civil society organizations through the media and the Internet must note that they were published or distributed by a non-commercial organisation acting as a “foreign agent.”

The statement explained that the draft law would give the Ministry of Justice powers to conduct inspections of organizations, and to request and check internal documents. The Ministry would have the power to send representatives to participate in internal activities and to determine whether or not the organization complies with the goals of its creation.

In cases where an organization fails to file an application for inclusion in the register of non-commercial organisations acting as a “foreign agent,” the Ministry would have the authority to suspend their activities for up to six months without waiting for a court decision.

“If adopted, these new oversight powers would contradict the International Covenant on Civil and Political Rights, to which Kyrgyzstan is a party,” said the statement.

The draft law also provides for criminal liability and imprisonment of up to three years for establishing a non-commercial organisation whose work aims to “incite citizens to refuse to fulfil their civic duties or commit other unlawful acts.”

“This may lead to the criminalization of the work of human rights defenders,” it warned. “The terms ‘inciting’ and ‘propaganda acts’ are ill-defined and broad, and may give rise to subjective interpretation.”