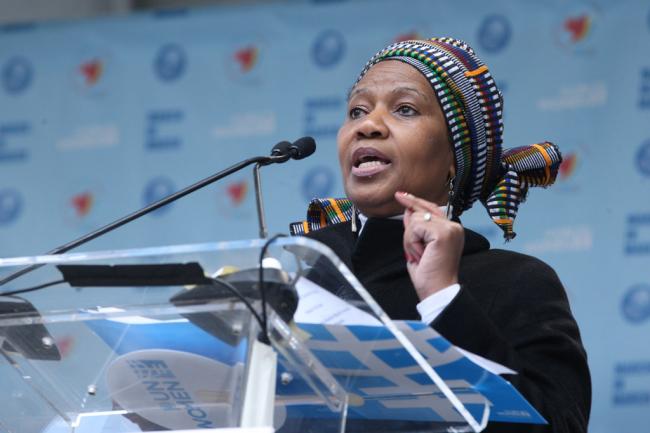 India Blooms News Service | | 27 May 2015, 08:32 am
#UN Women partners with Spanish football team to boost gender equality
New York, May 27 (IBNS): The United Nations entity dedicated to promoting gender equality and the empowerment of women announced on Tuesday a partnership with Valencia Club de FÃºtbol, the first time ever that UN Women will collaborate with a professional sports team.

“Valencia’s players are strong role models who will lead by example and inspire their vast fan base. We are excited to have Valencia show its support during every match played, with the cause prominently displayed to fans and viewers around the world,” she added.

Under the partnership, the UN Women logo will be emblazoned on the back of the team’s players’ jerseys when they play in European competitions such as the Champions League, one of the most renowned tournaments in the world and the most prestigious club competition in European football.

In addition, special matches and soccer clinics will take place over the next four years throughout Spain, the Americas and other parts of the world.

Valencia CF is the only club in the top Spanish league, Liga BBVA with a female Chair, Lay Hoon Chan, who is also the first woman ever to hold that position in Valencia CF’s 96-year history.

“We are honoured to work alongside UN Women and the global community to support and bring awareness to such a remarkable cause,” said Chan.

“This is a long-term commitment to really help make a difference to expand advocacy efforts towards gender equality. It’s not only a women’s issue, it’s a human rights issue that Valencia CF strongly believes in.”

The new jerseys will be introduced when the team travels to Columbus, Ohio to play the MLS team Columbus Crew on 27 May, and the partnership will bring awareness of the commitment to gender equality shared by Valencia CF and UN Women to new audiences.