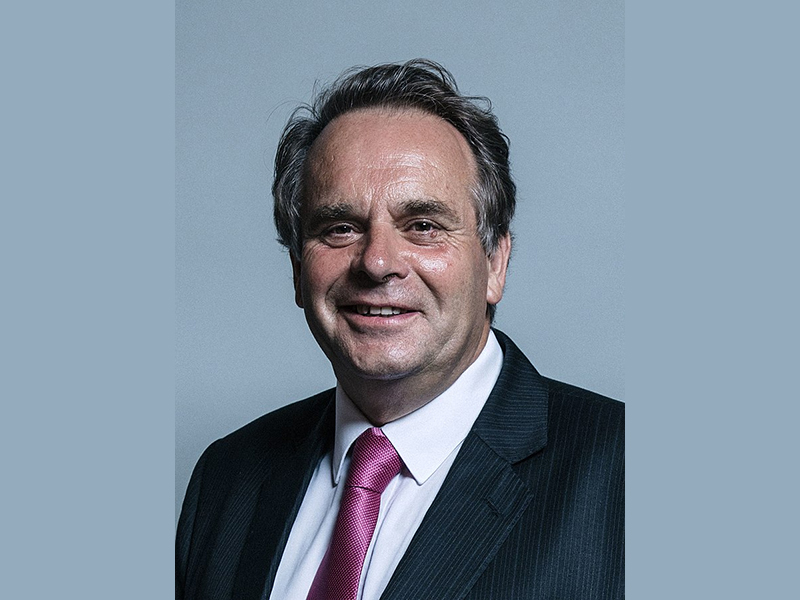 Lawmaker Neil Parish appeared before parliament's standards commission after which he was suspended by the Conservative Party.

Parish stepped down on Saturday though previously he had said he would continue to be a member of parliament while investigation against him continued.

"In the end I could see that the furore and the damage I was causing my family and my constituency association, it just wasn't worth carrying on," Parish, who was teary-eyed, told the BBC in an interview on Saturday.

Parish, who is a farmer, said the first time he had happened to view the explicit material accidentally when had stumbled across it while browsing for tractors on a website that had a similar name, and then "watched it for a bit which I shouldn't have done".

"But my crime, most biggest crime is that on another occasion I went in a second time and that was deliberate. That was sitting waiting to vote on the side of the chamber."

He told BBC that it was "a moment of madness" when asked what was going through his mind.

Earlier this week the British media had reported that a female minister had said that a male colleague was watching pornography in the House of Commons chamber, sitting next to her and he was indulged in the same act during a committee hearing.

"I was not proud of what I was doing," Parish said, adding that he had not intended those around him would see it.

"I am not going to defend what I did. What I did was absolutely, totally wrong ... I think I must have taken complete leave of my senses."

However, Parish's wife told The Times newspaper in an interview published before his resignation that she had never seen her husband doing something like that ever before and described him as a "lovely person".

"It was all very embarrassing," the newspaper quoted Sue Parish as saying. "My breath was taken away, frankly."