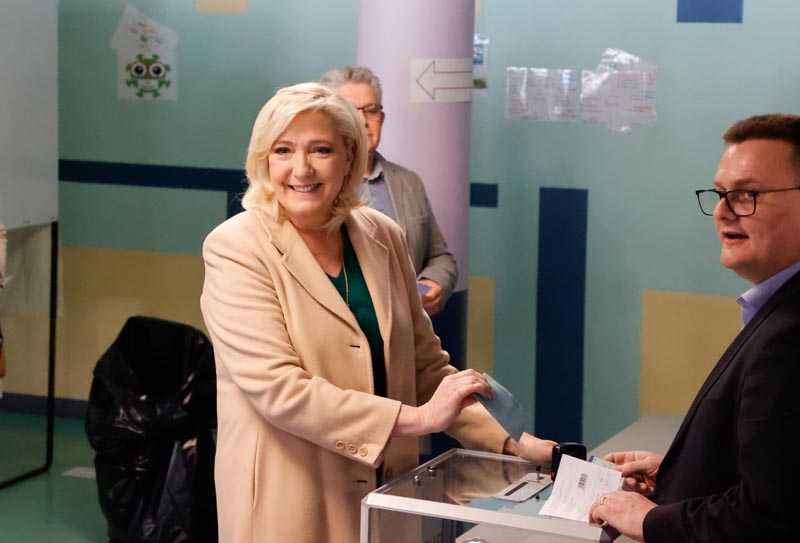 Paris: The turnout rate of the ongoing voting for the 2022 French presidential election has kept rising, but is still lagging behind the previous election, according to official figures.

The voting for the first round of the election started at 8:00 a.m. local time (0600 GMT) on Sunday in Metropolitan France.

Some 48.8 million eligible voters will choose their new president for the next five years among 12 candidates, including current French President Emmanuel Macron.

Most polling stations in Metropolitan France close at 7 p.m. local time or one hour later in larger cities such as Paris, Lyon, Marseille and Bordeaux.

As for French overseas territories, voters have already cast their ballots on Saturday.

The turnout rate has risen up to 65 percent by 5 p.m., according to the Interior Ministry. In the previous first round of the presidential election in 2017, the afternoon turnout rate was 69.42 percent.

Only 52.17 percent of the residents in the city of Paris have cast their ballots by 5 p.m., the ministry said, making it the third-least voting region across the country.

The global mid-day turnout rate is about 3 percentage points lower than that of the first round of the 2017 presidential election. Amid another surge of COVID-19 cases, the French Interior Ministry has announced a health protocol for polling stations. A vaccine pass or a negative COVID-19 test result will not be required for those entering the stations.

Masks and social distancing rules will not be mandatory, but mask-wearing is recommended for the elderly, the vulnerable and coronavirus positive individuals.

According to a survey on voting intentions published on Wednesday by market research firm Ipsos, Macron should lead the first round, followed by Marine Le Pen of the far-right National Rally party and Jean-Luc Melenchon, who leads the left-wing La France Insoumise (Unsubmissive France) party.

Purchasing power is a top concern given the increase in the Consumer Price Index by 4.5 percent in March 2022, after a 3.6 percent hike in the previous month.

The ongoing conflict in Ukraine, the environment, the health care system, immigration and social inequalities are also among the topics that most interest French voters, Ipsos said. Raphaelle Mourey, who lives in Arbigny, east France, and works as a technical officer for city hall and at a local school canteen, said retirement reform is on her mind. 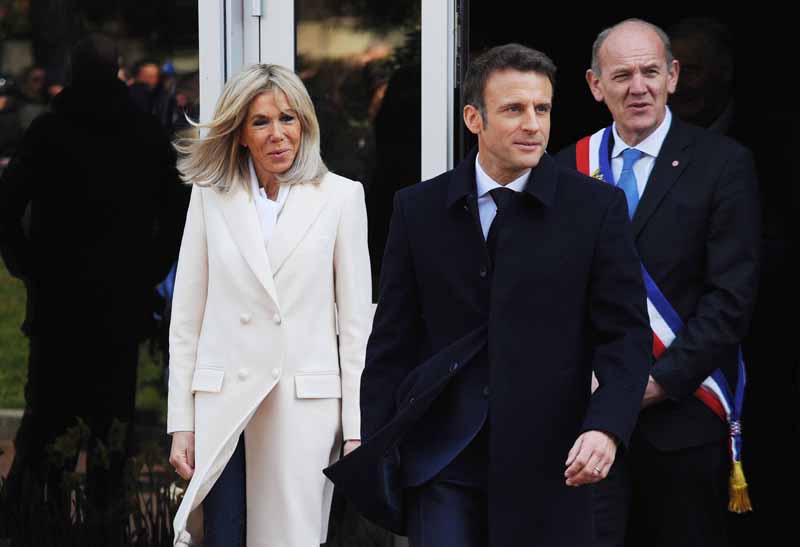 Asked about her vote, Sylvie Dujardin, from another town of 854 inhabitants, said: "For me, it is crucial the president has importance on an international scale."

Christ Ernest, who has lived in Paris suburb Clichy-la-Garenne for 30 years told Xinhua that he felt "a little empty," because with the events all over the world, there was no real election campaign. For him, the main concern is purchasing power.

"It is also the unemployment which is still there," he added.

Approaching 60 years old of age, Ernest said that the most important task for the next president should be to increase the French people's purchasing power.

In France, it is not allowed to publish exit polls before voting ends. Official preliminary results will be announced on Sunday night or Monday morning after verification by the interior ministry. If no candidate gains an absolute majority of votes in the first round, a run-off will take place on April 24 between the top two candidates.

No candidate has won the French presidency in the first round of voting since the Fifth Republic of France switched to universal suffrage for presidential elections.