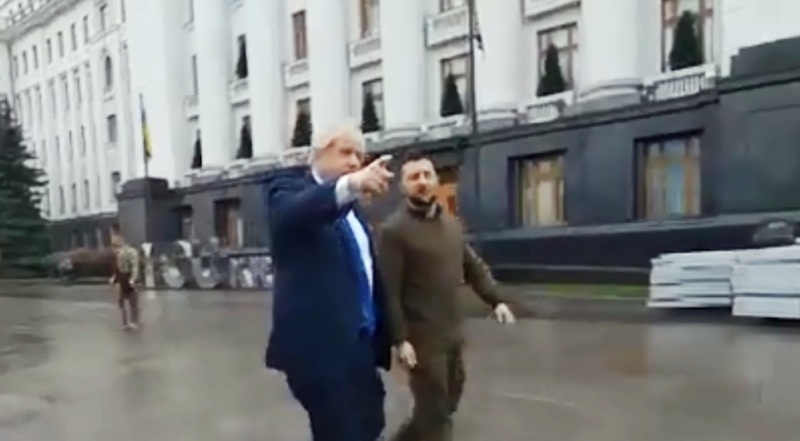 "What Putin has done in places like Bucha and Irpin is war crimes that have permanently polluted his reputation and the reputation of his government," Johnson said, standing next to Ukrainian President Volodymyr Zelenskiy.

Johnson became the latest European leader to visit Kyiv this weekend after bodies were discovered in several towns from where the Russian army withdrew.

Johnson praised Ukraine for "defying odds" and rebuffing a Russian offensive on Kyiv.

"The Russians believed Ukraine could be engulfed in a matter of days and that Kyiv would falls in hours to their armies," he said, referring to Western intelligence.

"How wrong they were."

Johnson said that the Ukrainian people have "shown the courage of a lion".

"The world has found new heroes and those heroes are the people of Ukraine," he added.

Zelenskiy called on the West to follow the UK in providing military aid to Ukraine and imposing sanctions on Russia.