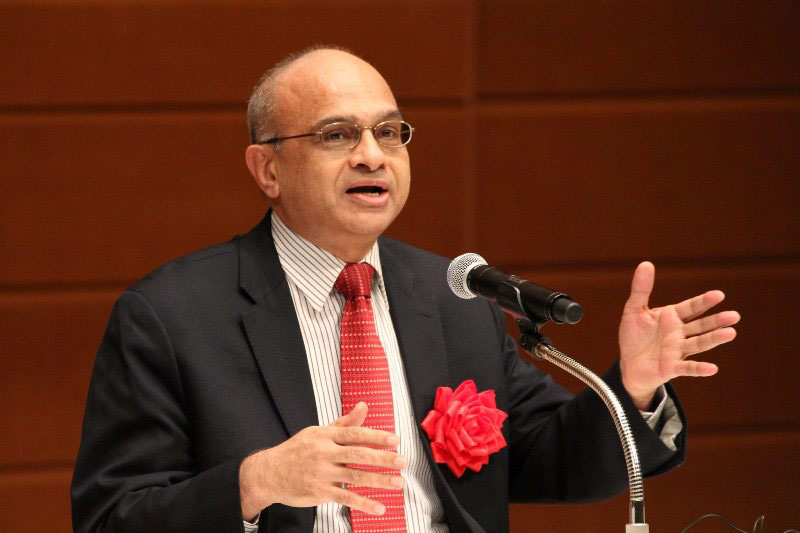 Brahma Chellaney made the remarks while speaking at the launch of Global Britain Centre, which has been set up to promote free democracy, free trade and free enterprise, on Tuesday (Feb 1).

Chellaney, the introducer of 'debt-trap diplomacy' concept that describes how the Chinese government leverages the debt burden of smaller countries for geopolitical ends, said, "We are rightly emphasising twin themes of liberal democracy and free trade. Today, both are under attack…"

“...Britain needs to look beyond Europe, and play a bigger role in the Pacific region. The world's centre of gravity is shifting to the Indo-Pacific, a region where inter-state rivalries and tensions are sharpening geopolitical risks," he said.

Mentioning that “International security and the new global order will be shaped by developments in the Indo-Pacific", Chellaney said, "Against this background [of an assertive China], Britain needs to confidently step out on the Indo-Pacific stage to leverage its friends."

"Britain needs to build enhanced and diversified partnerships in the Indo-Pacific so as to play an expanded role in this vital region," he added.

Brahma Chellaney said a more engaged Britain would be more widely welcome in the Indo-Pacific.

"I wish you a productive session on how to safeguard the principles of free trade and how to ensure that democracy is under march, not retreat," he said.

Talking about China, Chellaney expressed his concerns about Beijing’s brand of 'authoritarian capitalism', drawing attention to the tens of thousands of Chinese troops stationed on the border with India.

“State capitalism is the antithesis of free trade and free enterprise. In fact, state-guided capitalism turns free trade into unfair trade, allowing the state concerned to rake in large trade surpluses and undermine the competitiveness of other countries," the geostrategist said.

According to Chellaney, China is too powerful to be denounced for its human rights abuses or even for its genocide in Xinjiang.

"This explains the muted international response to the Muslim gulags in China…with more than one million detainees," he said.

“Another thing to bear in mind is that it is easier to attack a democracy than a dictatorship…...Make no mistake, this is the largest mass incarceration of people on religious grounds since the Nazis period,” Brahma Chellaney added.

Talking about the Global Britain Centre, which has received endorsement from the UK Prime Minister Boris Johnson, Geostrategist Chellaney said, "Britain historically has punched far above its weight in international relations, but now it faces some important Challenges relating to its global role and standing. So the Global Britain Centre seems like an excellent initiative."