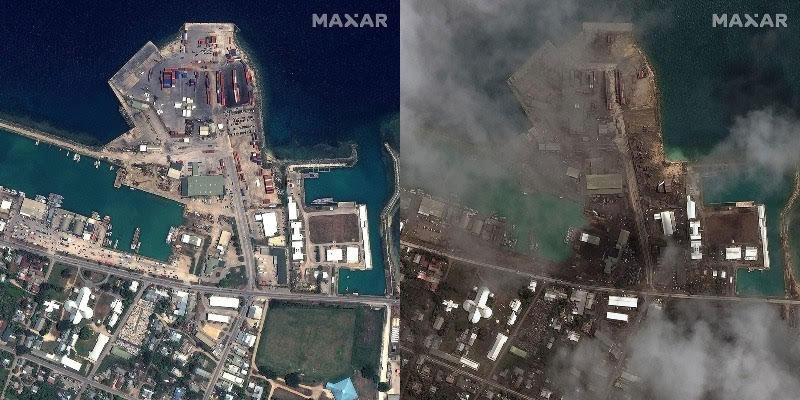 Wellington, New Zealand: Aerial images shared by the United States-based space technology company, Maxar Technologies, show how homes and communities have been destroyed in the Pacific island nation of Tonga by the volcanic eruption and tsunami.

Maxar-provided satellite and aerial images put on view the widespread destruction in Tonga days after the island nation was hit by the high waves of a tsunami followed by a massive underwater volcanic eruption. 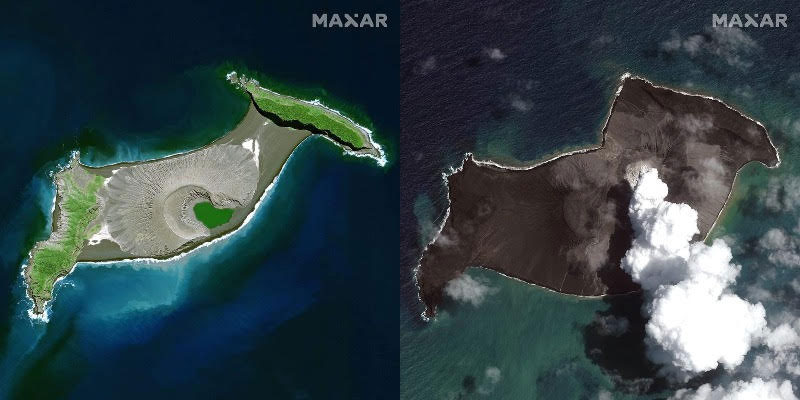 Describing the event as an "unprecedented disaster", the Tongan government on Tuesday confirmed that three people, including two local residents and a British woman, had been killed in the twin natural disasters.

Tonga has been largely cut off from the rest of the world since the disasters occurred.

Quoting local authorities, BBC said in its report that a blanket of volcanic ash had covered everything while all the homes on one Tongan island, where around 50 people lived, had been destroyed by the twin disasters. 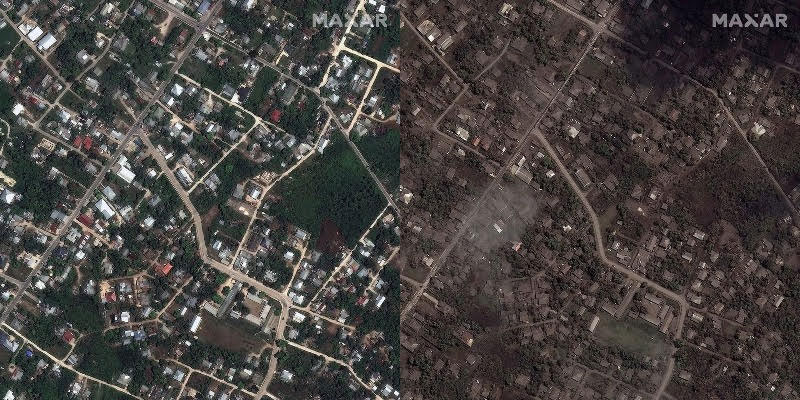 The Associated Press (AP) reported, citing New Zealand’s High Commission in Tonga, that significant damage had been confirmed along the western coast of Tongatapu, including to resorts and the waterfront area.

The Tongan government said all the houses on Mango island — home to about 36 people — were destroyed, while only two houses remained standing on Fonoifua island, where about 69 people live.

Local authorities said tsunami waves had risen as high as 15 meters (49 feet) in places which led to the massive destruction across the island nation.

Like other island nations in the Pacific region, Tonga, a Polynesian kingdom of more than 170 South Pacific islands, is regularly exposed to the extremes of nature, whether it be cyclones or earthquakes, but such huge twin disasters were 'unprecedented' in the region.