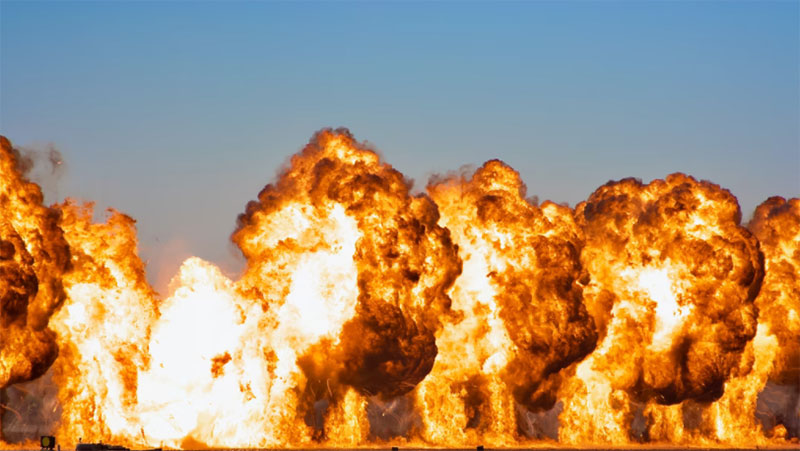 Baghdad/UNI/Xinhua: Four people were killed and as many injured on Tuesday in a motorcycle explosion in Iraq's southern city of Basra, the Iraqi military and a medical source said.

The blast took place before noon when a booby-trapped motorcycle detonated at the al-Somoud intersection in central Basra, some 550 km south of the capital Baghdad, the media office of the Iraqi Joint Operations Command said in a statement.

The blast set fire to two nearby civilian cars, leaving four people killed and as many injured, according to the statement, quoting an initial report of Basra Health Department.

The statement said more information about the incident will be released later, while explosives experts and security forces are investigating the site of the blast.

Meanwhile, a local security source, who spoke on the condition of anonymity, told Xinhua that a motorcycle carrying a bomb detonated at about 11:20 am local time (0820 GMT) in central Basra.

A medical source in the nearby al-Jumhouri Hospital told Xinhua that the hospital received two bodies and four people had been admitted for treatment so far.

The security situation in Iraq has improved, despite sporadic deadly incidents, since Iraqi security forces fully defeated the extremist militants of the Islamic State group across the country late in 2017.