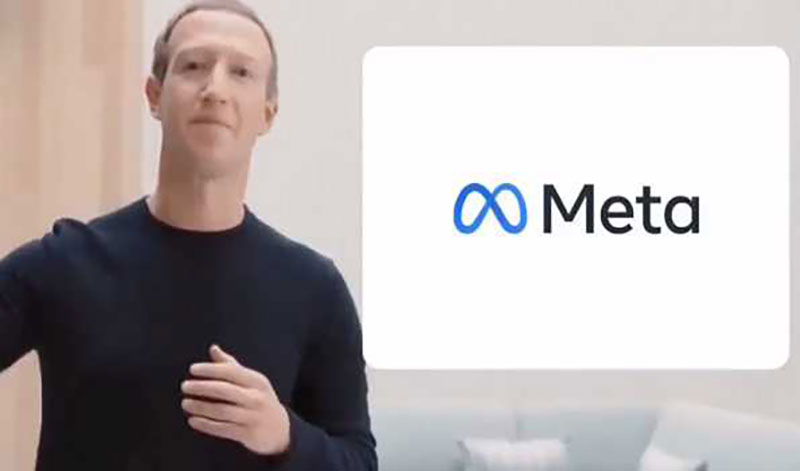 "To reflect who we are and the future we hope to build, I'm proud to share that our company is now Meta," he said on Thursday.

Meta's focus will be to bring the metaverse to life and help people connect, find communities and grow businesses, the company said in an announcement.

"The metaverse will feel like a hybrid of today's online social experiences, sometimes expanded into three dimensions or projected into the physical world. It will let you share immersive experiences with other people even when you can't be together -- and do things together you couldn't do in the physical world," it said.

According to the announcement, it's the next evolution in a long line of social technologies, ushering in a new chapter for the company.

"The next platform will be even more immersive -- an embodied internet where you're in the experience, not just looking at it. We call this the metaverse, and it will touch every product we build," Zuckerberg wrote in a founder's letter.

"From now on, we will be metaverse-first, not Facebook-first. That means that over time you won't need a Facebook account to use our other services," he added.

The company confirmed that its corporate structure is not changing. However, starting with financial results for the fourth quarter of 2021, the company plans to report on two operating segments: Family of Apps and Reality Labs.

Zuckerberg expressed his hope that within the next decade, the metaverse will reach a billion people, host hundreds of billions of dollars of digital commerce, and support jobs for millions of creators and developers.