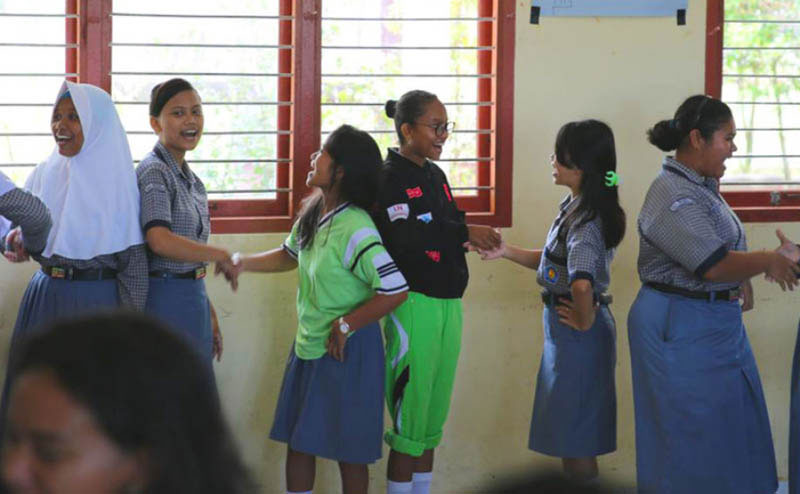 New York: The UN Secretary-General warned on Tuesday that “hatred takes root in the soil of ignorance” of historical facts, science, and the human qualities which “bind all people together.”

Antonio Guterres was speaking at the Global Education Ministers Conference on addressing hate speech through education.

Remembering the horrors of the Second World War and the genocides in Rwanda, Bosnia and Cambodia, he argued that “denial of historical or scientific facts creates a vacuum of truth that is too easily exploited by the voices of intolerance and hate.”

Convened by The UN Educational, Scientific and Cultural Organization (UNESCO) and the UN Office of the Special Adviser on the Prevention of Genocide (OSAPG), the event is part of the implementation of the UN Strategy and Plan of Action on Hate Speech.

The one-day event gathers Heads of State and Government, and Ministers of Education, to endorse global commitments to address hate speech, both on and offline, through more effective education measures.

Opening the Conference, Mr. Guterres said that “social media provides a global megaphone for hate”, with lies and misinformation spreading around the world “at the touch of a button.”

“A dubious webpage or anonymous post can call into question decades, even centuries, of work, thought, study and careful analysis by scientists, historians or other experts”, he argued.

Noting that racist, intolerant and extremist views “can spread like wildfire”, Mr. Guterres pointed to the consequences, such as pushing citizens further apart, undermining democratic ideals and, ultimately, endangering lives.

“Too many people are dying from COVID-19 because they were convinced that accepting the vaccine was the wrong thing to do”, he said.

For the Secretary-General, this conference is about discussing ways in which education can help fight back against disinformation and hate speech.

“When we enrich the soil of knowledge with true expertise, with facts, science and historical accuracy, hatred cannot take root”, he explained.

Mr. Guterres believes that critical thought is not simply about “thinking for yourself”, but about “having the tools and skills needed to properly assess theories and facts.”

“And to tilt the scales in favour of authorities and experts who have spent a lifetime studying, assessing and thinking about these issues, by publicly and privately expressing support”, he added.

Noting that educators, teachers and administrators are the first line of defence, he asked the Ministers of Education participating in the event to be ambitious.

“We need to emerge from this conference with bold, concrete solutions on how we can, individually and collectively, step up the fight against hate speech”, he urged.

Appealing to the inclusion of all groups, such as young people, social media companies, governments and political parties, Mr. Guterres concluded by saying that “hatred is a danger to everyone, and so fighting it must be a job for everyone.”

According to the UN, hate speech is on the rise worldwide, with the potential to incite violence, undermine social cohesion and tolerance.

It can also cause psychological, emotional and physical harm based on xenophobia, racism, antisemitism, anti-Muslim hatred and other forms of intolerance and discrimination.

Speaking at the Conference, UNESCO Director-General, Audrey Azoulay, reminded that “this hatred is not new.”

“What has changed more recently is the influence and magnitude of social media platforms, which have become an echo chamber that amplifies hate speech”, she said.

For Ms. Azoulay, “the legal response is essential, but it is not enough.”

“We must also mobilize education, because it is through education that we develop critical thinking and deconstruct prejudices”, she explained.

The Director-General also said that UNESCO stands ready to support its Member States, for instance by developing policy recommendations for educational authorities all over the world.