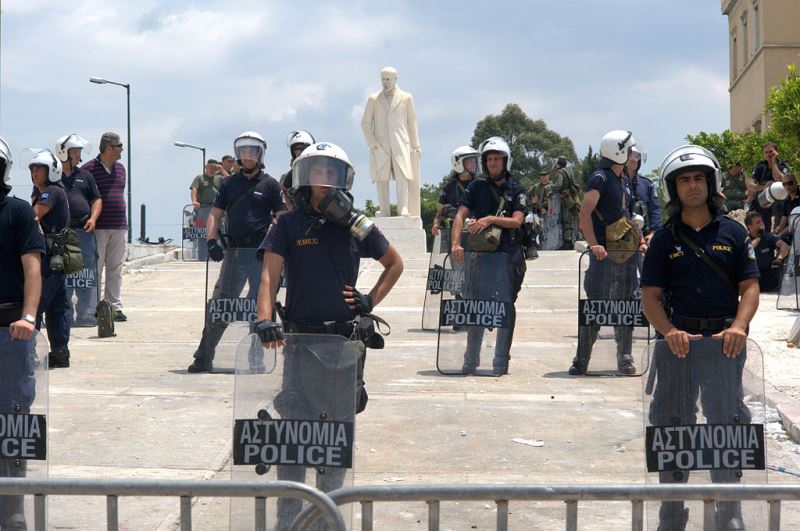 Athens: Greek police recently detained a group of Tibetan and Hong Kong activists who were campaigning to boycott the 2022 Winter Olympics in Beijing.

A section of activists have been demanding a ban of the Beijing Winter Olympics on humanitarian grounds.

However, certain activists fear there has been a collaboration between the Chinese and Greek authorities especially after the treatment of the Greek police.

Police in Athens detained 18-year-old Tibetan student Tsela Zoksang and 22-year-old Hong Kong activist in exile, Joey Siu, after they took part in a protest at the Acropolis ahead of an Olympic torch handover ceremony to the Beijing 2022 Committee, reports Radio Free Asia.

"At 9:30 am, the activists waved the Tibetan flag and Hong Kong’s revolution flag atop the historical monument, chanting “Boycott Beijing 2022” and “Free Tibet” as Greek authorities promptly confiscated their flag," the U.S.-based rights group Students for a Free Tibet said in a statement on its website as quoted by RFA.

"Within minutes, at least two dozen police arrived at the scene. The student activists were detained by the Greek police and taken away without a formal arrest at this time," it said.

It said the pair, both of whom are U.S. citizens, were taking part in the "No Beijing 2022" campaign that includes Uyghurs, Tibetans, Hongkongers, Taiwanese and Mongolian activists, as well as Chinese activists.

Tsela Zoksang told RFA the awarding of the 2022 Winter Games to Beijing was an endorsement of the Chinese Communist Party's (CCP)'s "extreme and brutal human rights abuses."

The detention of protesters underscored the "danger posed by China’s authoritarian influence," said Pema Dolma, a campaign director of the activist group Students for Free Tibet.

“The threat from Beijing is not just the trampling of human rights and freedom at home, or in occupied Tibet, it is a global threat that seeks to undermine shared values like freedom of speech, assembly and rule of law,” the activist was quoted as saying by RFA.