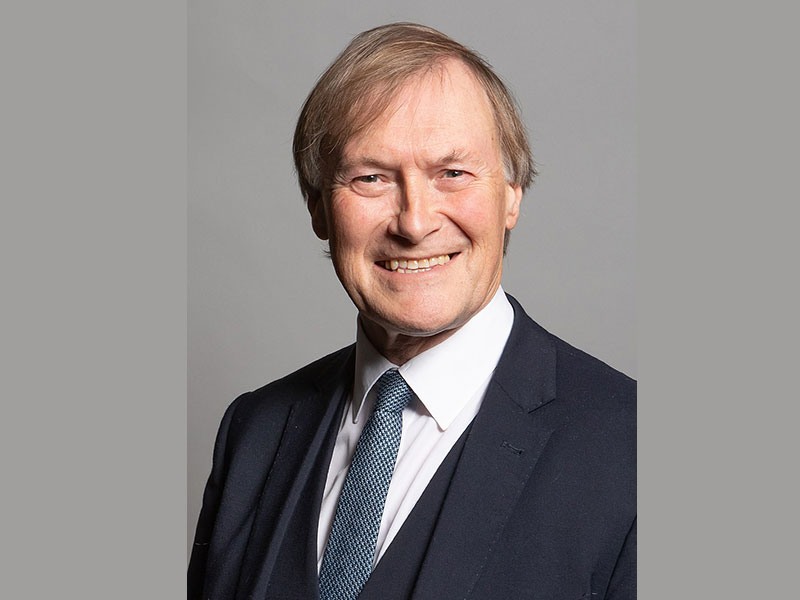 London: Police have termed the killing of British Conservative MP David Amess as a 'terrorist incident'.

" The fatal stabbing in Leigh-on-Sea has tonight been declared as a terrorist incident, with the investigation being led by Counter Terrorism Policing,' Metropolitan Police said in a statement.

The investigation is being led by the Met's Counter Terrorism Command who are working closely with colleagues from the Eastern Region Specialist Operations Unit (ERSOU) and Essex Police, read the statement.

The early investigation has revealed a potential motivation linked to Islamist extremism.

Essex Police responded to an incident at an address in Eastwood Road North, Essex, shortly after 12:05hrs on Friday, 15 October.

At the scene, officers found a man with multiple stab wounds. He was given emergency medical treatment by emergency services, but sadly died at the scene.

Although formal identification has yet to take place, the man was identified as Sir David Amess, Member of Parliament for Southend West. Specialist officers are supporting his family.

A 25-year-old British man was arrested at the scene on suspicion of murder. He is currently in custody at a police station in Essex.

As part of the investigation, officers are currently carrying out searches at two addresses in the London area and these are ongoing.

"It is believed that he acted alone, and we are not seeking anyone else in connection with the incident at this time. However, enquiries into the circumstances continue," read the statement.