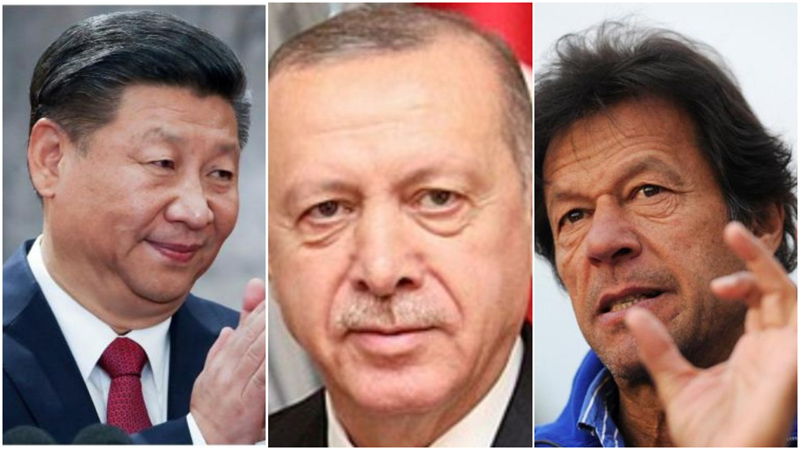 China-Pakistan-Turkey to be viewed with utmost caution: Think-tank

New Delhi; A leading think-tank has said the unholy nexus of China-Pakistan-Turkey should be viewed with utmost caution as they use global platforms to sustain and propagate their vested interests.

As per International Forum For Rights And Security (IFFRAS), the China-Pakistan-Turkey nexus put forth a very dangerous narrative, devoid of freedom for the liberal world that otherwise harps on democracy and a rights centric approach towards establishing a global rule-based order, reports ANI.

An interesting discernible pattern is that when China is at the helm of affairs in an international organisation, it immediately aids the entry of similar authoritarian regimes such as Turkey and Pakistan, the think-tank said.

IFFRAS said as is seen, Turkey has aligned with Pakistan and China in its own self-interest in order to rise to a position of prominence.

Over the years, China and Turkey have also been strengthening their economic and strategic ties with Pakistan. Turkish President Recep Tayyip Erdogan have ambitions to reclaim the glory of Turkey's erstwhile Ottoman Empire as the leader of the Muslim world, the think-tank said.