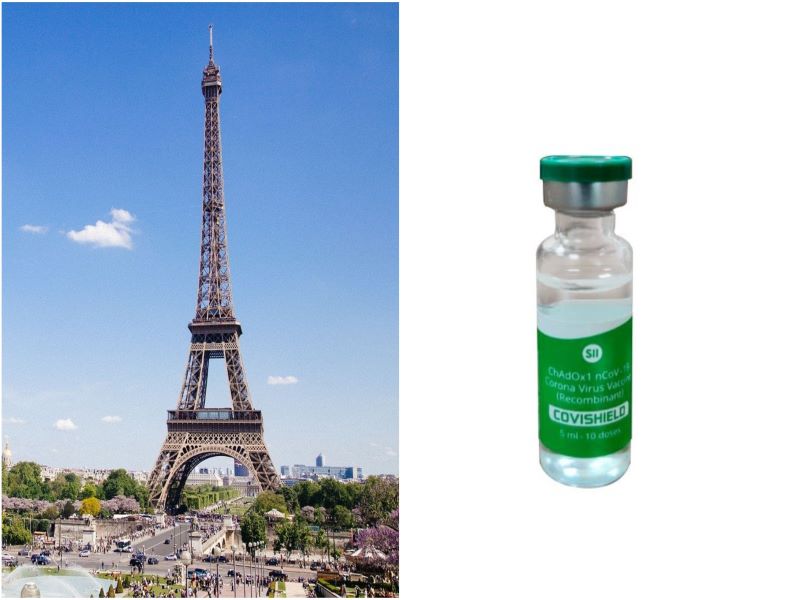 Paris/IBNS: France will accept people vaccinated with Covishield, the AstraZeneca vaccine manufactured by Serum Institute of India, for its health pass, Prime Minister Jean Castex said in a statement on Saturday, reported AFP.

France is the 14th European Union member to recognise the Covishield vaccine for allowing entry to travellers amid the COVID-19 pandemic, stated the report.

However, people arriving from European countries - United Kingdom, Spain, Portugal, Cyprus, Greece and the Netherlands - have to produce a negative Covid report from a test taken within 24 hours before entering the country.

This rule will come into effect from Sunday midnight, Castex said.

The rule has changed as the visitors from the United Kingdom were required to produce a negative test report taken within the past 48 hours, the AFP report informed.

For Spain, Portugal, Cyprus, the Netherlands and Greece this period was 72 hours.

Castex said people who have received both the shots of the vaccines recognised by European Medicines Agency - Pfizer/BioNTech, Moderna, AstraZeneca or Johnson & Johnson - will not be required to show a test, it added.

The statement said the exemptions have been given owing to the efficacy of these vaccines against coronavirus and also against its more transmissible Delta variant.

France is now reporting more infections per day and the daily cases have recently crossed 11,000, according to AFP.

So far, 35.5 million people, equivalent to more than half of France's population, have been inoculated.

France's President Emanuel Macron announced that vaccine passes will be required for entering most public places and that all healthcare workers must be fully inoculated.

This has increased the rush at the vaccination centres as more and more people want to get vaccinated at the earliest.