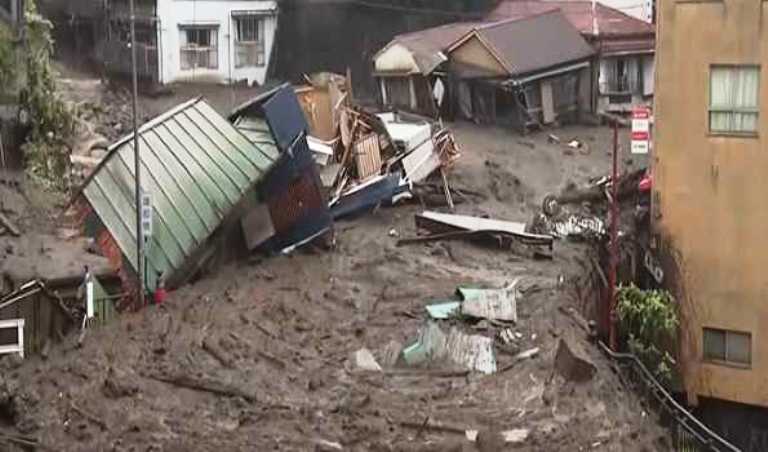 Tokyo/UNI/Sputnik: At least two people died and 20 others remain missing after heavy rains led to a landslide in the Japanese seaside city of Atami, located in Shizuoka Prefecture, the NHK broadcaster reported on Sunday.

Earlier, Japanese media reported that dozens of houses were destroyed by a landslide that occurred in Atami on Saturday morning, with the search-and-rescue operation facing difficulties because of bad weather.

At least 10 people have reportedly been rescued and up to 300 households could have been affected by the landslide.

The Japanese authorities have called for caution as rain is expected to continue until Monday in the regions of Kanto and Tokai.