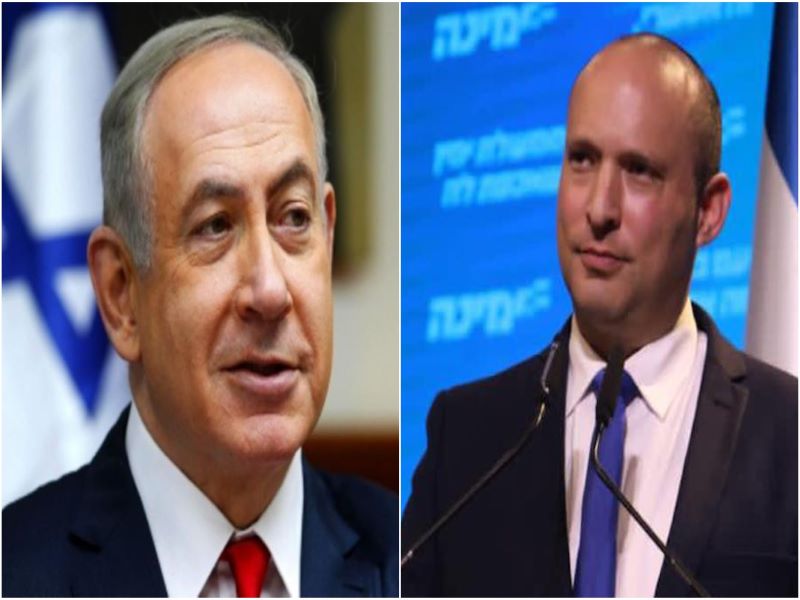 Jerusalem/IBNS: The opposition in Israel has managed to stitch an alliance and oust Benjamin Netanyahu, the country's prime minister of 12 years, and replace him with Naftali Bennett, according to news agency AFP.

Naftali Bennett (49), whose Yamina party has six key seats in Parliament,  agreed to join the possible coalition in the last week of May.

Naftali Bennett, a Netanyahu protege, was tipped to be Israel’s next prime minister.

According to a coalition deal between him and Lapid, Bennett will hold the office for a fixed period of time before vacating the office for Yair Lapid to head the government for the rest of the period of the tenure.

Though Bennett’s Yamina party was far behind both Netanyahu and Lapid’s parties in the March election, the opposition's desire to oust Netanyahu has put him to prominence as a key power broker.

Israel's longest serving prime minister, Benjamin Netanyahu's exit was likely as Yair Lapid, leader of centrist Yesh Atid party, informed President Reuven Rivlin that he has managed to bring the opposition parties together, a little ahead of the deadline that ended on the midnight of June 2.

Yair Lapid's Yesh Atid party, which was the second runner up was asked by Rivlin to form a coalition government following the results of the Knesset elections in March.

Benjamin Netanyahu's party, Likud,  garnered 30 out of 120 seats. In early May, Netanyahu’s mandate to form a government expired, as the task was given to him by Rivlin in early April, while the country's law gives 28 days to hold coalition-building negotiations.

According to the rules, the party that wins the most votes has to win the support of at least 61 lawmakers of 120.

Netanyahu's Likud party fell short of majority and Lapid's Yesh Atid party was just behind at the second position in the March 23 election.

As Netanyahu could not manage a coalition with other parties, the president gave the opportunity to form the government to Yair Lapid.

Netanyahu's opponents have little in common but they have united in their desire to see his 12 year run in power come to end.

Israel has had four inconclusive parliamentary elections in the last two years and it was feared that the country be forced into another election if the opposition failed to come together.