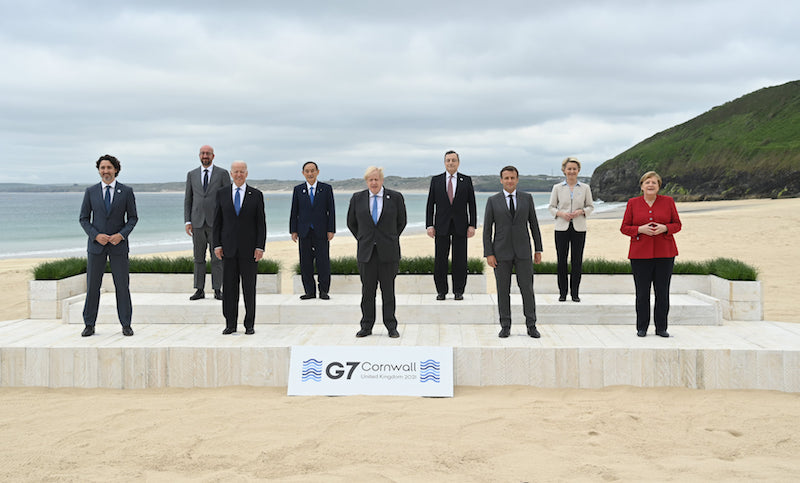 MOSCOW, Jun 11 (Sputnik) UK law enforcement officers have arrested seven people in Cornwall, near the town where the Group of Seven (G7) is holding its summit, local police said on Friday.

According to the Devon and Cornwall police, the arrest took place on Thursday after the officers had searched a car and a van.

"Seven people have been arrested after two vehicles were stopped in #Hayle. Items including paint, smoke grenades and loud hailers were found. We continue to support the facilitation of safe and legal protest but criminal activity and public disorder will not be tolerated," the police tweeted.

The G7 summit takes place in the UK resort town of Carbis Bay, which is within a 13-minute drive from Hayle, from Friday to Sunday.