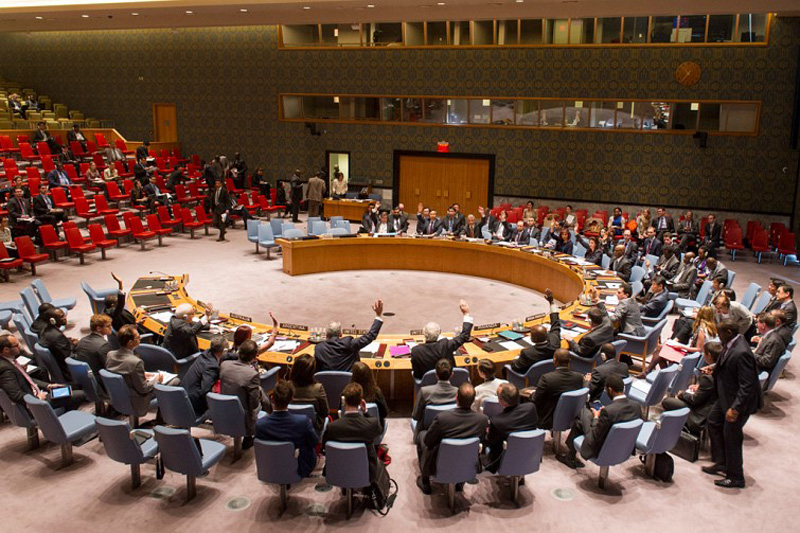 Moscow/Sputnik: The UN Security Council on Saturday welcomed the ceasefire in Gaza and urged the sides to fully comply with the agreement, while stressing the need for urgent humanitarian aid to the Palestinian population following 11-day hostilities.

"The members of the Security Council welcomed the announcement of a ceasefire beginning May 21 and recognized the important role of Egypt, other regional countries, the UN, the Middle East Quartet and other international partners played in this regard. The Security Council called for the full adherence to the ceasefire," the official UNSC press statement reads.

The UNSC stressed that the members mourn the loss of civilian lives in the conflict.

According to the statement, the Council also recognized the urgent need for humanitarian assistance to Palestine, particularly Gaza, and urged the international community to work together on "developing an integrated, robust package of support for a swift, sustainable reconstruction and recovery."

The UNSC members affirmed their commitment to restoration of peace in the region based on the two-state solution and coexistence of Israel and Palestine within secure and recognized borders.

The conflict between Gaza-based Hamas movement and Israel escalated on May 10 after several days of violent clashes between the Arab population and the Israeli police in East Jerusalem over forced evictions of Palestinian families. As a result, thousands of rockets were exchanged between Israel and Hamas before an Egypt-brokered ceasefire was struck on Thursday night.

The 11-day hostilities reportedly killed 243 people, including 66 children, in the Gaza Strip and 12 people in Israel.