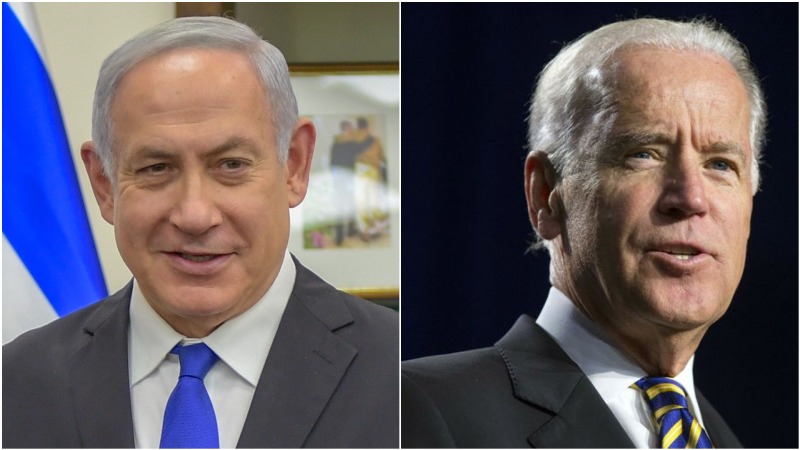 Tel Aviv/Sputnik: Israeli Prime Minister Benjamin Netanyahu has briefed US President Joe Biden about the Israeli army's operation in the Gaza Strip, as well as on measures to protect civilians amid the airstrikes.

"The prime minister informed the president about actions taken by Israel, as well as actions that Israel intends to take," Netanyahu's office said in a statement following the Saturday phone conversation.

The White House said on Saturday that during talks with Netanyahu, Biden "raised concerns about the safety and security of journalists and reinforced the need to ensure their protection."

In his turn, the Israeli prime minister said that his country was doing everything possible to avoid civilian casualties, namely that "in multi-storey buildings lodging military targets that are being attacked by the army, residents receive evacuation notifications."

According to the White House, Biden reaffirmed support for Israel's right to defend itself against rocket attacks from Gaza.

Netanyahu thanked the US leader for Washington's support of Israel's right to self-defense.

"The leaders agreed to continue the close consultation between their teams and to remain in touch in the days ahead," the White House said.

Earlier on Saturday, the Israeli military confirmed striking another high-rise building in the Gaza Strip that housed offices of international media agencies. According to the Israel Defense Forces (IDF), the building was also used by Hamas as an intelligence headquarters.

Several civilians and at least one soldier have been killed in Israel amid the escalation of the conflict with the Gaza Strip. Meanwhile, Palestine has reported over 140 deaths, including more than 40 among children.

According to the Palestinian Red Crescent, more than 1,300 Palestinians have been injured amid tensions with Israel.

The Israeli army said on Saturday that a total of 2,800 rockets had been fired toward Israel from Gaza in the past days, with 430 of the projectiles having fallen within the Gaza Strip.

The Israeli military says it has launched strikes against over 672 military targets in the Gaza Strip.