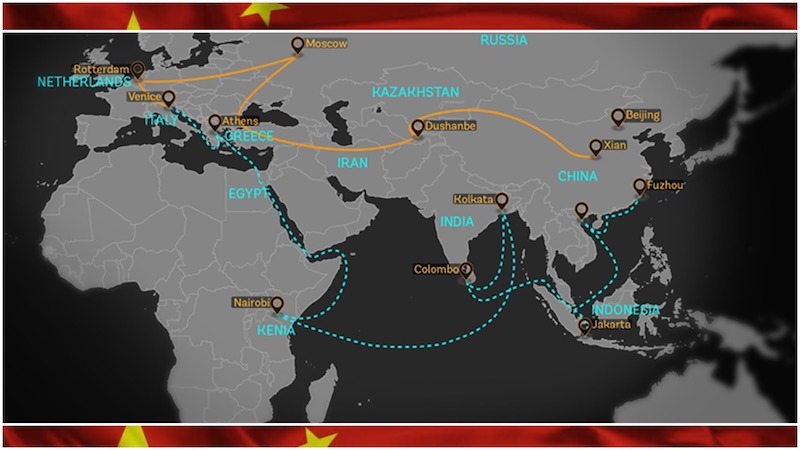 The BRI or One Belt One Road (OBOR) as it is called is a global infrastructure development strategy adopted by China in 2013 to invest in nearly 70 countries and international organizations though the move is seen as the Communist Party of China (CPC)'s scheme to dominate the world economically by controlling global trade.

The initiative is called the New Silk Route and it initially received warm welcome from countries keen to benefit from Chinese globalization ever since its launch in 2015.

However, China's change in attitude in many democratic countries has led to troubles.

"Revelations about 1 million Uyghurs held in reeducation camps and reports of forced labor in Xinjiang, serious questions about China's handling of the coronavirus and its origins, and Beijing's dismantling of democracy in Hong Kong have cooled international enthusiasm for Xi's pet project," read the opinion piece published in DW.

"Western countries have been emboldened by a reset of relations under US President Joe Biden, following the chaos and division of the Donald Trump era. The Biden administration is pointing to growing Chinese aggression and looking to forge an alliance with Europe and its other traditional allies," read the piece.

The opinion piece said human rights have a role to play in the European relationship with China.

"European companies need to remember how to play by their rules, which are also global norms. Sluggish reforms and a lack of level playing fields pose a serious threat to the ability to do business in China. The country needs to reform and become a better global actor if it truly wants to compete, no matter how vast and alluring the market may be," the opinion piece said.

According to US-based think tank Council on Foreign Relations (CFR) analysts, the Belt and Road Initiative is a disturbing expansion of Chinese power, and the United States has struggled to offer a competing vision.

The initiative has stoked opposition in some countries involved in Belt and Road that have taken on high levels of debt.

It quoted analysts saying that China is laying a debt trap for borrowing governments.