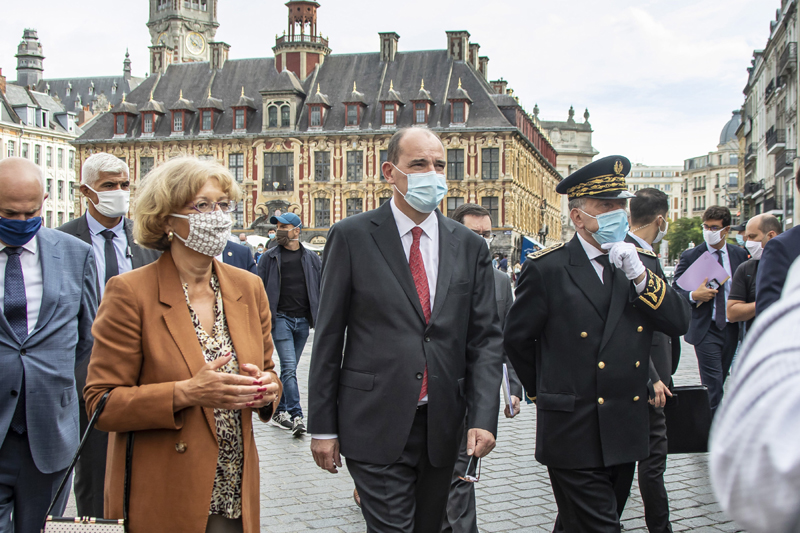 Moscow/Sputnik: France appears to have descended the peak of the third coronavirus wave, Prime Minister Jean Castex said on Thursday, adding that vigilance must prevail as COVID-19 variants were still spreading.

"The peak of the third wave seems to be behind us and epidemic pressure is on the decline. However, we must remain vigilant. We are facing the so-called UK variant, which is more contagious, and therefore more difficult to combat," Castex tweeted.

The prime minister also confirmed earlier statements made by government spokesman Gabriel Attal that schools would reopen across France from April 26, and the interregional movement ban would be lifted starting May 3. Besides, certain cultural venues and public facilities, which have been closed since last October, are likely to resume operations depending on the epidemiological situation from mid-May.

Castex also noted that about a quarter of the adult French population has received the first dose of the coronavirus vaccine, adding that that number would reach 14 million people by the end of this week.

Notably, the country kicked off its mass immunization campaign in late December 2020, and so far over 13.2 million first doses and more than 5 million second doses have been administered in the country.

However, certain restrictive measures will remain in place or be toughened, Castex outlined. In particular, a nighttime curfew in effect since mid-December has been extended "until further notice."

Besides, according to Interior Minister Gerald Darmanin, border controls for arrivals from highly infected countries, such as Brazil, Chile, Argentina, South Africa and India, would be strengthened, including a negative PCR test no older than 36 hours, an antigen test upon arrival, and a mandatory ten-day quarantine regardless of test results.

France has introduced lockdowns in highly infected regions last month in an effort to squelch the resurgence in coronavirus cases. The restrictions include closures of non-essential shops and schools, and a ban on trips between the country's regions without special certificates.