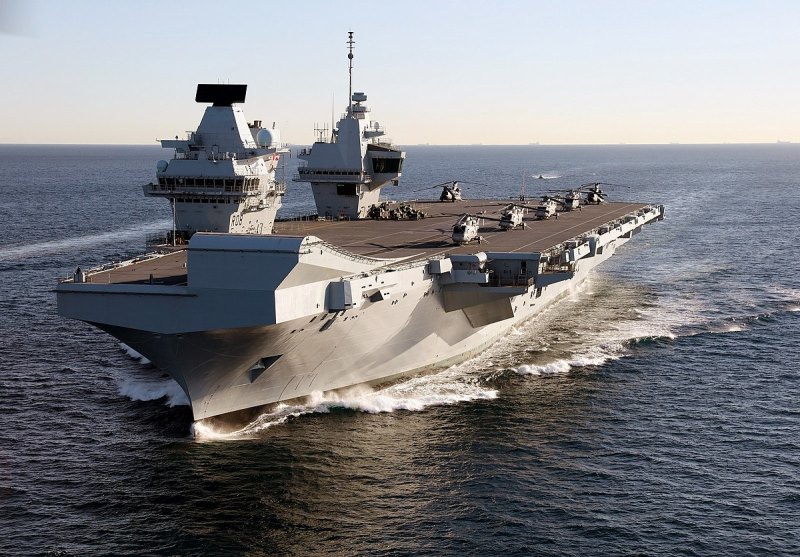 British Royal Navy warships to sail for Black Sea in May amid Ukraine escalation: Reports

London/Sputnik: Warships of the UK Royal Navy will sail for the Black Sea in May in solidarity with Kiev amid an escalation of the Ukraine crisis, the Sunday Times reports.

Senior naval sources told the newspaper that a Type 45 destroyer armed with anti-aircraft missiles and an anti-submarine Type 23 frigate will separate from the Royal Navy’s carrier task group in the Mediterranean and head through the Bosphorus into the Black Sea next month.

RAF F-35B Lightning stealth jets and Merlin submarine-hunting helicopters will stand ready on the task group's flagship, the carrier HMS Queen Elizabeth, to support the warships in the Black Sea, the Sunday Times said, specifying that putting the ships off the coast of Ukraine will be meant to demonstrate solidarity with Kiev and NATO allies in the region.

Russian President Vladimir Putin and his US counterpart, Joe Biden, spoke over the phone about Ukraine on Tuesday. Biden said he was concerned about Russia amassing troops near the border and asked it to ease tensions with its neighbour.

Russia maintains that the troop movement is aimed at ensuring national security in response to NATO's own build-up near Russia's borders.

On Thursday, Turkish Foreign Minister Mevlut Cavusoglu confirmed that the US had cancelled the passage of its two warships through the Bosphorus Strait into the Black Sea.