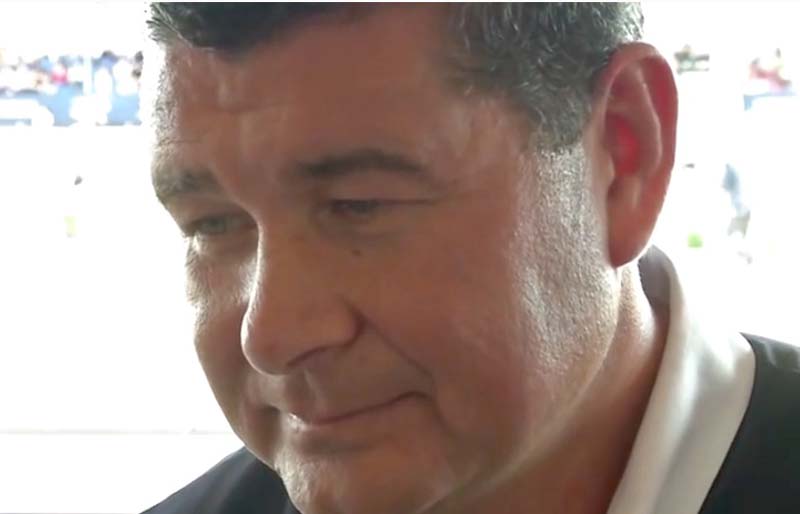 Kiev: Oleksandr Onyshchenko, once an Assistant Minister in Ukraine, is today a fugitive charged with gold smuggling in various parts of the world including Africa and South Asia.

Earlier this year the US Treasury placed sanctions on four Ukrainians including Onyshchenko as the US government alleges that he is part of the plan to defame Hunter Biden, son of President Joe Biden.

As recently as January 2021, Onyshchenko was added to the US Office of Asset Control’s (OFAC) Specially Designated Nationals list for alleged foreign interference in the 2021 Presidential Elections.
He was a show jumping rider and patron and in summer of 2016 Onyshchenko (who was MP at the time) fled Ukraine after he was stripped of immunity by the Parliament of Ukraine and the General Prosecutor Office expressed intention to arrest him due to charges related to treason, corruption and money laundering, according to his Wikipedia profile.

“Onyshchenko is a former senior political official and lawmaker who fled into exile when he was removed in 2016 under allegations of corruption,” according to a recent article published in Uganda based thebrinknews.com

The article is titled ‘Oleksandr Onyshchenko; Jumping Off A Political Horseback to A Crime Racetrack’

Onyshchenko was born in 1969. “One could argue that he was born with the silver spoon in his mouth because his father Rajab Kadyrov was a high-ranking military official in the Soviet Union who also worked as the deputy minister for Uzbekistan Internal Affairs…He started out a career in the early 90s, in the oil and gas industry,” according to thebrinknews.com

“Given this background, it was easy for Onyshchenko to rise to places of influence. The very first was in the equestrian spaces, where he rose to become the president of the Ukrainian Equestrian Association…Ukraine made an equestrian debut at the Olympics in 2008, where Onyshchenko himself participated.”

A year prior to his Olympics feat, he had been appointed as assistant Minister for Emergencies in Ukraine. He followed this up with a first stint in parliament in 2012 and another in 2014.

“However, in 2016 he fell out with former ally and then president Petro Poroshenko, who accused him of corruption…The tension was so high between the two that Onyshchenko ended up fleeing Ukraine to settle in Europe…He was also accused of treason, money laundering, forgery and evading extradition.”
Related Images