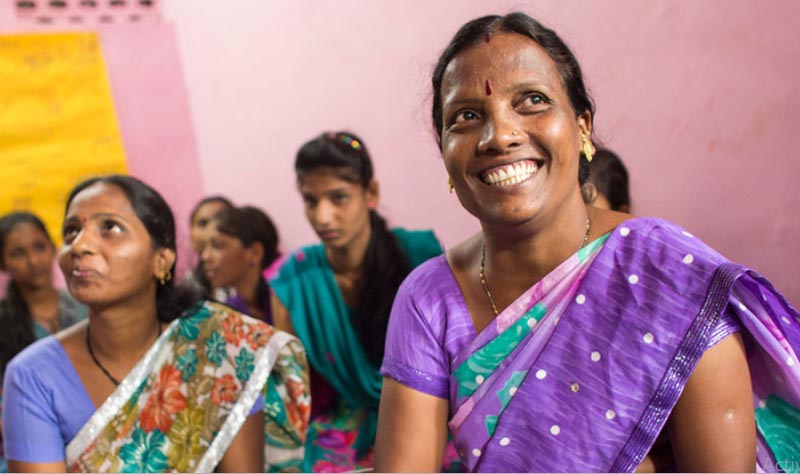 Lack of women in key decision-making ‘should not be allowed’:  UN Women chief

New York: Exclusion of women in decisions that affect their lives is “bad governance [and] should not be allowed”, the UN Women chief said on Monday, International Women’s Day.

“We stand on a crossroads as we ponder the recover from a pandemic that has had a disproportionate impact women and girls”, Phumzile Mlambo-Ngcuka, Executive Director of UN Women said at an event celebrating the efforts of women and girls to shape a more equal future and recovery from the COVID-19 pandemic.

Although women have been most negatively impacted by the pandemic,  Mlambo- Ngcuka shone a spotlight on the lack of women at the helm of who will be guiding the COVID recovery.

She pointed to their under representation in key institutions and emphasized that building back “will not be adequate and inclusive if it does not include women in decisions that affect their lives”.

The UN Women chief highlighted the upcoming session of the Commission on the Status of Women (CSW) as both an opportunity and a responsibility of women leaders “to call for representation of women in all decision-making bodies”.

Recalling last year’s 25th anniversary of the Beijing Platform for action, when heads of States lamented the underrepresentation of women in their countries, she upheld that the CSW, which will open next Monday, can address this along with continuing gender inequality – both of which will help in COVID recovery and the implementation of the Sustainable Development Goals (SDGs).

“This is an opportunity that cannot be missed”, Ms. Mlambo- Ngcuka said.

In celebrating women who are leading their nations and communities through the pandemic, Secretary-General António Guterres said that “countries with women leaders are among those that have suffered fewer deaths and put themselves on track for recovery”.

He also noted that women's organizations “have filled crucial gaps” in providing services and information and while women peacebuilders have played “a vital role” in public health messaging.

“70 per cent of frontline health and care workers are women – many from racially and ethnically marginalized groups and at the bottom of the economic ladder”, the UN chief said.

Right to ‘speak with authority’

Yet despite their critical roles during the pandemic, there has been a roll-back in hard-won advances in women's rights, which he maintained harms everyone’s work towards peace and prosperity.

“In this Decade of Action” to deliver the SDGs, “we must turn things around”, said Mr. Guterres, adding, “too often, services are delivered by women, but decisions are made by men”.

Just 22 countries have a woman as Head of State, only 21 per cent of Ministers are women, and women parliamentarians make up less than 25 per cent of national legislators.

“Women have an equal right to speak with authority on the decisions that affect their lives…from the pandemic to climate change, to deepening inequalities, conflict and democratic backsliding”, said the UN chief.

While gender equality is essentially a question of power, Mr. Guterres pointed out that in our male-dominated world, “equal power will not happen by itself”.

He spelled out the need to “transform social norms...put in place laws and policies to support women in leadership…appoint women to high-level positions…tackle violence against women, both online and offline… increase access to financing for women candidates, women's organizations and feminist movement [and] support women leaders in all their diversity and abilities”.

While Covid-19 has been “a calamity” for everyone, he said that it has also “forced a reckoning with global inequalities, fragilities and entrenched gender discrimination”.

“Women must be at the center of the recovery as we make the course corrections that the pandemic has highlighted so vividly”, concluded the Secretary-General. “This is a job for all of us”.

General Assembly President Volkan Bozkir highlighted that as an International Gender Champion he was working hard towards gender equality “not just when the time is right, but to make the time to discuss gender equality”.

And so he has raised the issue throughout bilateral engagements and high-level events, including in a Special Session that featured many women in science, hoping that “by passing the microphone to women” it would inspire girls and young women to fulfill their potential and participate in traditionally male-dominated fields.

“On International Women’s Day, I think it is important to reiterate the fact that women’s empowerment is something that we need to work on every single day”, the UN official said.