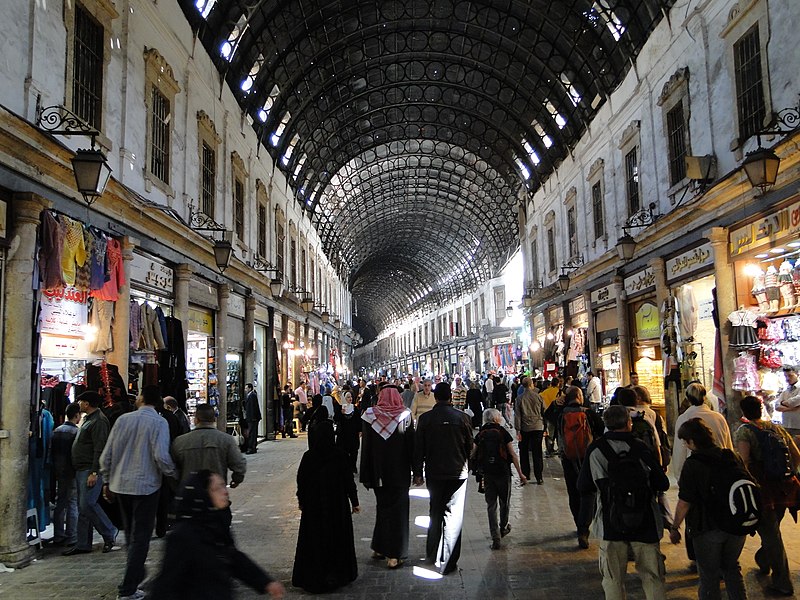 Over 500 people protest in Syria against militant groups : Reconciliation Center

Moscow/Sputnik: Over 500 people attended a protest rally in Syria's Idlib against illegal armed groups, but the demonstration was suppressed by militants, Rear Adm. Alexander Karpov, deputy head of the Russian Defense Ministry's Center for Reconciliation of Opposing Sides in Syria, said on Sunday.

"In the city of Idlib, over 500 people went to a mass rally against the criminal activities of militants from the Hayat Tahrir al-Sham [HTS, formerly known as the Jabhat al-Nusra, banned in Russia]. Mass rallies were held in the settlements of Jedraya, Behun and Kansafra in the Idlib province, as well as in Sawran and Kafra in the Aleppo province, demonstrations called for ensuring access to essential goods for civilians," Karpov said.

Moreover, pro-Turkish armed groups have suppressed all protests in areas controlled by them, and detained 50 people, the Russian official added.

Separately, Karpov said that the HTS shelled Syria's Idlib de-escalation zone 30 times over the past 24 hours.

"In the Idlib de-escalation zone, 30 attacks from the positions of the Jabhat al-Nusra terrorist group were registered (25 confirmed by the Syrian side), including 19 in the province of Idlib, seven in Latakia, one in Aleppo, three in Hama," Karpov said.

He added that one attack by illegal armed groups controlled by Turkey was registered over the given period near the al-Bab locality, and four locals suffered injures during the incident.

In addition, the Russian military police units escorted civilian vehicles on the M4 highway between the Raqqa and al-Hasakah provinces.