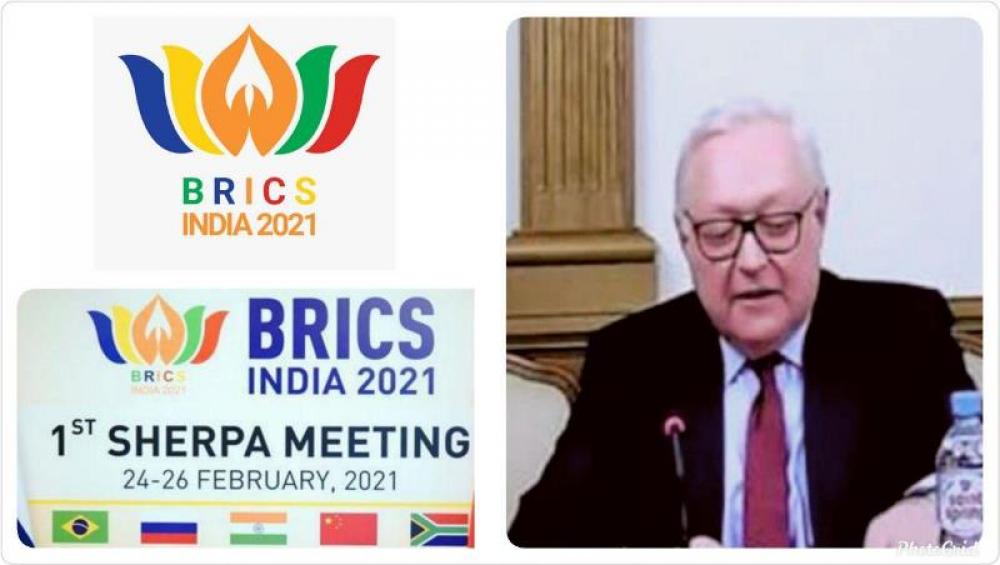 Moscow: Russian Deputy Foreign Minister Sergey Ryabkov batted for the implementation of the BRICS Counter-Terrorism Strategy and the Strategy for BRICS Economic Partnership 2025, during the first meeting of BRICS Sherpas, Sous-Sherpas' which took place on February 24-26.

The meeting was held under the chairship of India, under the theme "BRICS@15: Intra BRICS Cooperation for Continuity, Consolidation and Consensus".

Several issues pertaining to politics and security, economics and finance, cultural and humanitarian contacts were discussed.

The BRICS Events Calendar 2021 was presented, as well.

According to reports, India's stated priorities were: reforming of the multilateral system, cooperation in counter-terrorism, use of digital and technological solutions for attaining sustainable development goals and bolstering people-to-people exchanges.

Anil Kishora, the Vice President of the BRICS New Development Bank said it aims to open regional offices in Russia and India, while briefing the BRICS Sherpas on the bank's priorities for 2021.