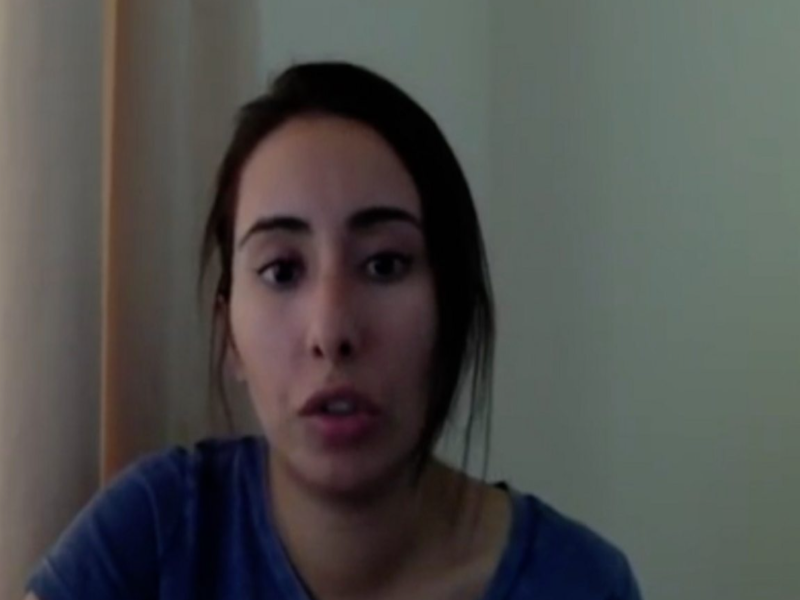 London/IBNS : Britain has asked for proof that Sheikha Latifa, one of the daughters of Dubai's rulers, is alive and doing well after the British Broadcasting Channel (BBC) released a video in which she said she was being held against her will in a barricaded villa, a Reuters report said.

"It's deeply troubling and you can see a young woman under deep distress," Dominic Raab said, the report said.

The BBC showed the video as part of the BBC Panorama current affairs programme.

On February 16, the BBC released a number of videos which showed Sheikha Latifa saying that she had been held against her will at a "jail villa" in Dubai, United Arab Emirates.

Sheikha Latifa, 35, is the daughter of Sheikh Mohammed bin Rashid Al Maktoum, the current Prime Minister and Vice-President of the country.

"I am a hostage and this villa has been converted into a jail," Latifa said in the recently released video, according to the Reuters report.

The video showed her saying she was making the video in the bathroom, the only place she could lock herself into, adding  "All the windows are barred shut, I can't open any window," the report stated.

Raab said he would support the demand of seeing some kind of proof from UAE that Latifa was alive as people would on humanitarian grounds want to see she was safe and doing well.

"Given what we've just seen, I think people would just at a human level want to see that she's alive and well," he was quoted as saying to Sky News Television.

He told the BBC that Britain is concerned about the footage and the United Nations will follow up on the video that poses questions on Latifa's safety.

The princess drew international attention with her daring escape from the middle-eastern county. On February 24, 2018 she escaped UAE with her Finnish friend Tiina Jauhiainen left Dubai in a car and crossed into Oman. She left with her friend in jet ski and met former French intelligence officer Herve Jaubert and his crew on a yacht. Two days later, she also alerted British human rights lawyer David Haigh of Detained International of her escape. However, the yacht in which she was travelling was intercepted by Indian authorities off the coast of Goa.

BBC's videos also include an interview of Mary Robinson, a former president of Ireland and U.N. High Commissioner for Human Rights in which she had said she was told by the Emirati authorities that Latifa was a troubled young woman in the care of her family.

BBC said the secret videos document her alleged kidnapping and imprisonment which has lasted over a year.

On December 24, 2018, they had released three low resolution videos of Robinson meeting her.

After the meeting Robinson had told BBC Radio 4 that Latifa was a troubled young woman.

The attempted escape of the princess was reported widely by the international media, the carefully managed family image of Prime Minister Sheikh Mohammed was exposed.

According to the report, the Free Latifa campaign, that has been lobbying for her release, said it had surreptitiously sent a mobile phone to Latifa, which she had used to send a series of secret video messages over the last two years.