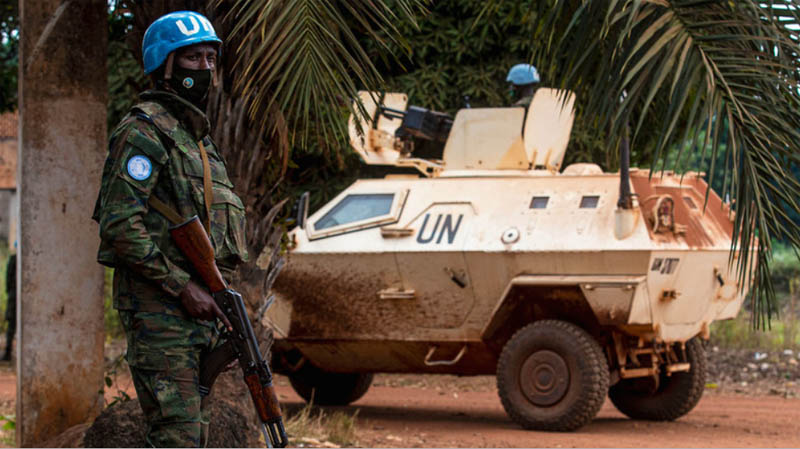 Mankeur Ndiaye, head of the UN mission in the country, MINUSCA, said this “new security situation” is testing its ability to ensure civilians are protected.

An alliance of armed groups, known as the Coalition of Patriots for Change (CPC), launched attacks ahead of the 27 December vote, which saw incumbent President, Faustin-Archange Touadéra, returned to power.

Assaults and ambushes have continued, including against UN peacekeepers, seven of whom have been killed in recent weeks.

“We need an increase in our capacity in order to respond to this new threat which is destabilizing the country even further”, Mr. Ndiaye told the virtual meeting.

Speaking through an interpreter, he warned that MINUSCA will be tested even more than ever, at a time when it must protect civilians and ensure delivery of humanitarian aid.

“To this end, we need a strategy to manage the mandate; a substantial increase of uniformed troops in the mission”, he said.

Support from next door

Ahead of the elections, peacekeepers from the UN mission in neighbouring South Sudan were deployed to the Central African Republic: a move that boosted both capacity and morale, Mr. Ndiaye told ambassadors.

He said this inter-mission cooperation will need to be prolonged for several months.

“If our requests are not heard, the response of the mission, and most particularly that of the forces, is going to be to do whatever it can. But troops are currently deployed over extremely large areas and as a result, the force only has limited response ability, and we cannot cover the entire territory because of the size of the country”, he said.

“This critical capacity - drones, attack helicopters and the ability to bolster special forces - are missing, and this affects our capacity for action and for rapid reaction.”

The mission chief also pointed to the need for MINUSCA to support the security forces, including in efforts to protect the country’s borders against transnational organized crime.

Supporting the restoration of State authority over the mining sector also would be an “ideal tool” for re-starting the economy, he added, which would help to reduce poverty and the threat of armed groups.

Recalling the resilience of the Central African people, Mr. Ndiaye urged the international community to support the country on its path to reconciliation, reconstruction and dialogue.

“This is certainly a difficult path, but it is certainly one that can bring the country towards lasting peace”, he said. “I therefore call upon the Council to examine the most appropriate measures to guarantee that MINUSCA can adapt to the new security situation.”