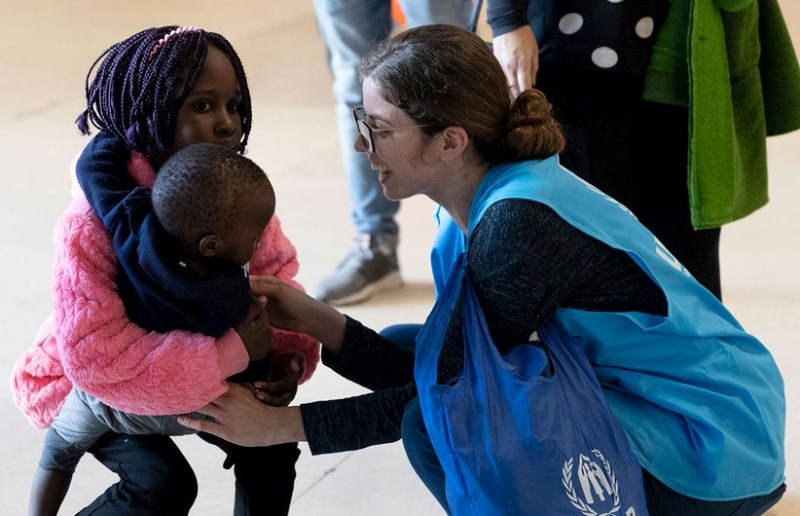 New York: As Portugal assumes the presidency of the European Union (EU), to be followed by Slovenia later this year, the UN refugee Agency (UNHCR) on Tuesday called on them to lead the effort to forge a better protection system for those seeking refuge across the continent and beyond.

Gonzalo Vargas Llosa, UNHCR’s Representative for EU Affairs, also called for reform to be central during negotiations over a new EU Pact on Migration and Asylum, and highlighted the importance of “an EU that saves lives, protects refugees in Europe and globally, and finds solutions to end forced displacement and build resilient societies is needed more than ever”.

To this end, the UN agency recommended that the EU Presidency propose predictable, principled and solidarity-focused measures for a rights-based and sustainable asylum system.

They also stressed the need to address root causes of forced displacement and irregular migration and revitalize political and financial support in countries and regions, where most of those forcibly displaced people live.

“We hope that 2021 will be a new chapter for refugee protection, with the EU showing leadership in Europe and globally”, said Mr. Vargas Llosa.

“As negotiations on the EU Pact continue, we trust that EU Member States will seize the opportunity to lead by example and better protect people seeking asylum in Europe”, said Mr. Vargas Llosa.

UNHCR encouraged the presidencies to explore avenues for progress on issues, such as solidarity and border procedures and advocate for fair and fast asylum procedures for international protection; dignified returns for those who wish to return to their countries of origin; and predictable solidarity mechanisms for States that receive a disproportionate number of asylum claims.

With 85 per cent of the world’s refugees living in developing countries, UNHCR is also calling on the EU presidencies to ensure predictable, flexible, development, together with humanitarian-based financial aid, as well as support to host States, including strengthening asylum systems.

Against the backdrop that fewer people might undertake dangerous journeys if countries demonstrated greater commitment to resettlement and family reunification, UNHCR welcomed the European Commission’s renewed Action Plan on Integration and Inclusion, 2021-27.

“The 2021 EU Presidencies have a pivotal role to facilitate discussions that pave the way to a common and workable EU asylum system that protects people fleeing war and persecution”, said the UNHCR Representative.