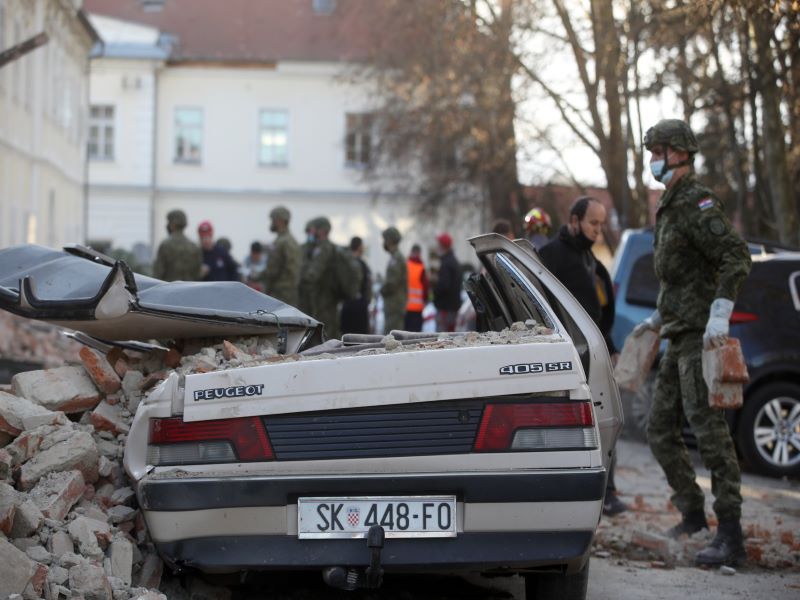 The earthquake was registered at 11:19 GMT. Its epicenter was located 46 kilometers (28.5 miles) away from the Croatian capital of Zagreb, at the depth of 10 kilometers.

President of Croatia Andrej Plenkovic tweeted: "Together with Minister @ViliBeros, I visited Sisak to check the condition of the Sisak hospital, which was badly damaged in the earthquake. All patients who need to be transferred to Zagreb hospitals, and transport will be organized by helicopters @MORH_OSRH and the emergency service."

The Croatian authorities have dispatched aid to the hardest-hit city of Petrinja.

The city authorities called on firefighters and rescuers from all over the country to come to Petrinja, as many houses had been destroyed. Croatian Prime Minister Andrej Plenkovic has also departed for the site of the incident.

There are many people believed to be trapped under the debris, while many are being retrieved from their cars by the rescuers.

European Council President Charles Michel has also offered support to the people of Croatia, saying that Brussels was closely monitoring the situation in the country.

Following the earthquake in Croatia, the Krsko nuclear power plant in neighboring Slovenia has been shut down as a precautionary measure.