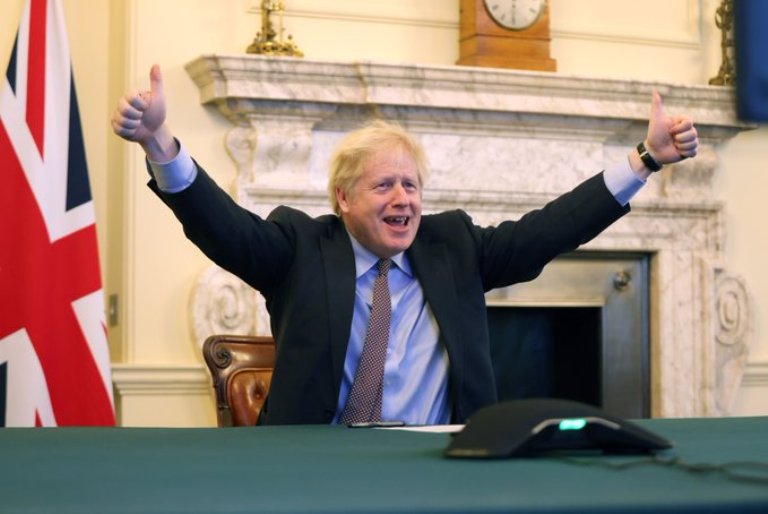 London/IBNS: Britain and the European Union on Thursday struck a post-Brexit trade deal having a free trade agreement based on zero tariffs and zero quotas.

A euphoric British Prime Minister, Boris Johnson tweeted: "The deal is done," adding that the agreement delivers on what the British public voted for.

The deal is done. pic.twitter.com/zzhvxOSeWz

"These Agreements are designed to honour the instruction of the British people – expressed in the referendum of 2016 and the general election last year - to take back control of our laws, borders, money, trade and fisheries. It changes the basis of our relationship with our European neighbours from EU law to free trade and friendly cooperation," the British government said in a statement.

As per the deal, from Jan 1, the UK and EU will have a free trade agreement based on zero tariffs and zero quotas.

Britain will have control of the country's laws with no role for the European Court of Justice.

"This deal includes a commitment to maintaining high labour, environment and climate standards without giving the EU any say over our rules," the UK government statement said.

"We can now take full advantage of the fantastic opportunities available to us as an independent trading nation, striking trade deals with other partners around the world," it added.

Britain formally left the EU in January after a referendum in 2016, the first country to split from the political and economic project that was established in the aftermath of World War II.