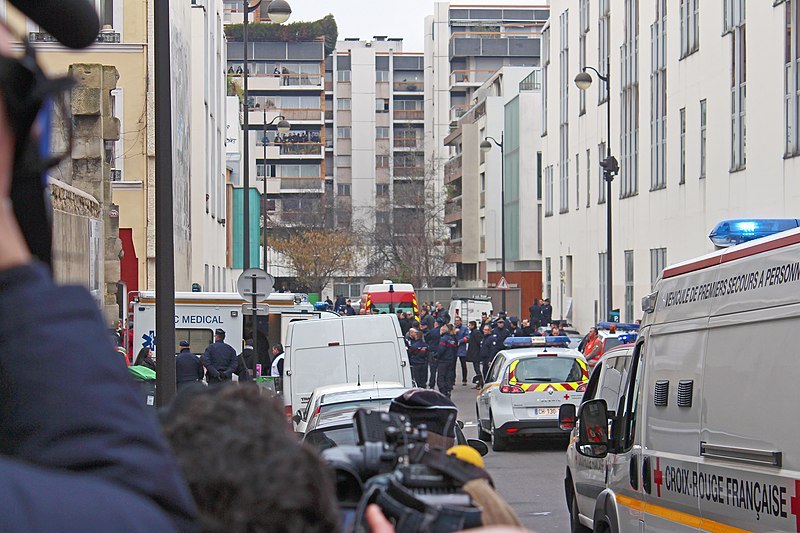 The four are of Pakistani origin, as is the main suspect, Agence France-Presse reported.

As per a Voice of America report, two people were wounded in the incident.

According to news reports, the four were arrested Monday, with one being charged two days later with taking part in a terrorist conspiracy. The remaining three were set to be charged, as well, VOA reported.

Earlier reports in September, according to French newspaper Le Parisien, said a suspect believed to be Pakistan born, named "Ali H", had pleaded guilty to the attack in Paris.

"He said that he thought he was at Charlie Hebdo's building and that the people he attacked were from the satirical magazine," the newspaper quoted a source linked to the investigation as saying. The magazine had republished cartoons of the Prophet Muhammad liked to the 2015 deadly attack and the suspect reportedly confessed he tried to target the publication.

The newspaper added then that it remains to be ascertained whether the suspect acted alone or was linked to any terrorist organization.

Charlie Hebdo magazine had shifted its office from its original premises, where the incident on Friday took place, after the January 2015 terror attack that left 12 people dead.

The magazine republished the cartoons depicting the holy prophet in Sept as the trial into the 2015 terror attacks commenced. Terror outfit Al-Qaeda had threatened the magazine with a new attack following the republishing of the cartoons.