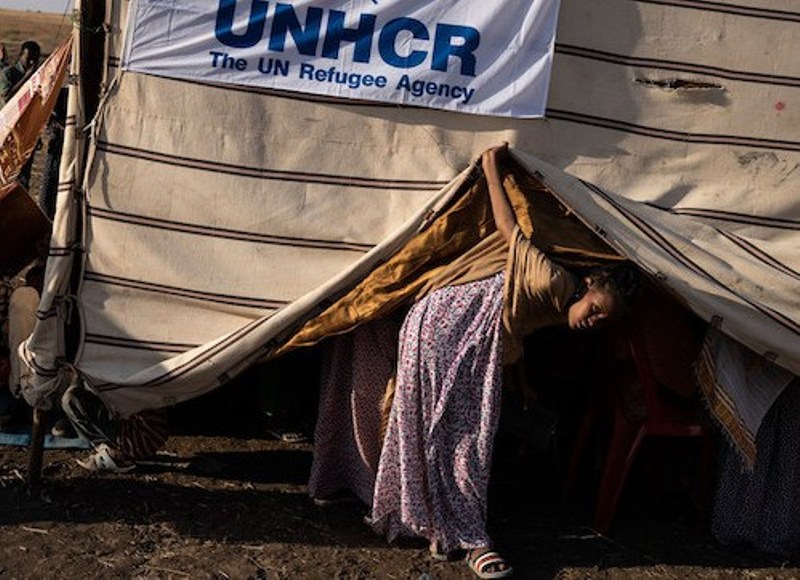 New York: An airplane loaded with humanitarian supplies for people fleeing violence in Ethiopia’s Tigray region has arrived in the Sudanese capital Khartoum, the UN refugee agency (UNHCR) said on Friday, in an appeal for international assistance to cope with the growing numbers seeking shelter in Sudan.

“This morning, a plane carrying 32 tonnes of UNHCR emergency aid from our global stockpiles in Dubai landed in Khartoum”, said spokesperson Babar Baloch. “Another airlift is scheduled to leave Dubai on Monday with an additional 100 tonnes of additional relief items…In total, we plan to send four airlifts.”

Since the start of fighting in Ethiopia’s northern Tigray region in early November, more than 43,000 refugees have crossed into Sudan.

People have sought shelter amid reports of a heavy build-up of tanks and artillery around regional capital Mekelle, following the Ethiopian Government’s ultimatum to forces loyal to the Tigray People’s Liberation Front (TPLF) to surrender, which has reportedly expired.

On Tuesday, UN Secretary-General António Guterres expressed deep concern over the unfolding situation, before urging “the leaders of Ethiopia to do everything possible to protect civilians, uphold human rights and ensure humanitarian access for the provision of much-needed assistance”.

In a statement, the UN chief also called for the “free and safe movement of people searching for safety and assistance, regardless of their ethnic identity, across both national and international borders".

In a note to journalists released on Friday by the UN Spokesperson's Office, Mr. Guterres said he continued to closely follow  developments in the Tigray region, "as well as its regional impact". He welcomed the meeting between Prime Minister Abiy Ahmed and the African Union Special Envoys on Friday, offering "the full support of the United Nations to the African Union initiative", urging the parties to "embrace this vital opportunity to peacefully resolve the conflict."

"The Secretary-General underlines the need to ensure the protection of civilians, human rights and access for humanitarian assistance to the affected areas and appreciates the statement by Prime Minister Abiy today reaffirming the Federal Government’s utmost commitment to these obligations." 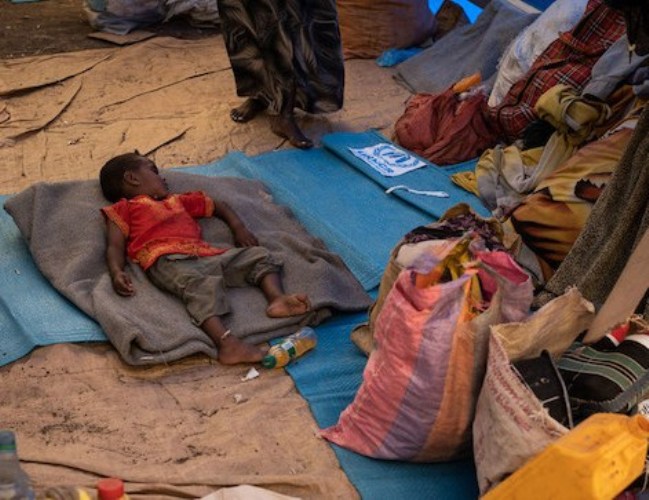 In eastern Sudan, UNHCR has continued to step up its relief effort, together with national and local partners. “Aid is being mobilized to help refugees, almost half of whom are children”, Mr. Baloch said, citing “complex logistical challenges”.

To date the agency has helped to relocate nearly 10,000 refugees to Um Rakuba site, 70 kilometres inside Sudan, as work continues to put up shelters and improve services.

Family tracing services have been established and these have already reunited many separated refugees.

Baloch noted that although humanitarian agencies continue to provide shelter and other facilities to help refugees, “more resources are required and Sudan needs international support urgently”.

Inside Tigray, concerns continue to grow for the safety of civilians in Mekelle, home to more than 500,000 people, and some 96,000 Eritrean refugees based in four camps.

“Without humanitarian access, it’s very hard to say what is actually going on, on the ground but there were worrying reports that fighting was getting closer to these refugee camps”, Mr. Baloch told journalists via video link at a regular UN Geneva briefing.

Before the conflict erupted, UNHCR had “regular access to the refugees”, the UNHCR official continued, but “since the start of it, we have lost access”.

Highlighting the refugees’ reliance on humanitarian distributions, Mr. Baloch said that “according to what they have had…they  will be running out of food as of Monday”.