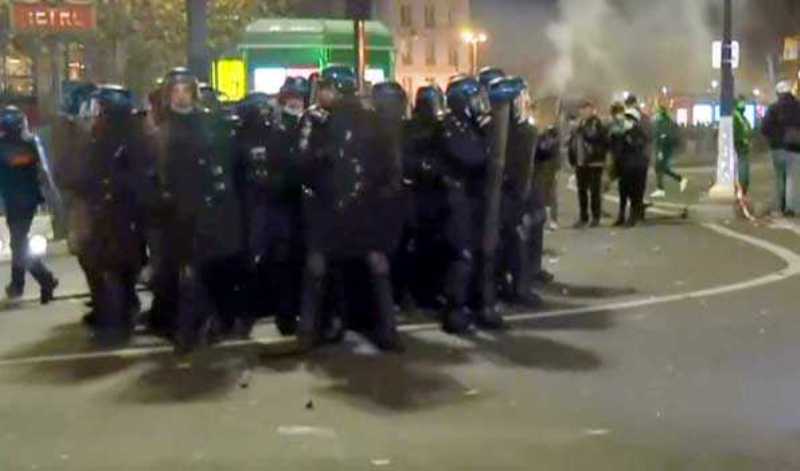 Paris/UNI: As many as 60 police officers were injured in France on Saturday during nationwide protests against a bill criminalising the display of images of law enforcement officers, local media sources reported on Sunday.

About 81 demonstrators have been arrested, reported the BFMTV channel quoting the Interior Ministry.

Overall, more than 1,30,000 people protested against the controversial law on Saturday, the ministry said. The protests were initially peaceful, however after a while groups of people dressed in black joined the protesters and started attacking the police. Videos on social media are doing the rounds where these people can be seen putting dustbins on fire, hurling stones and fireworks at police personnel.

Police had to fire tear gas and stun grenades to control the unruly elements.

The contentious bill was passed at the French Parliament's lower house on Tuesday, immediately sparking a broad public decry, especially among journalists.

The bill entails one-year imprisonment and a fine of 45,000 euros ($54,000) in punishment for the distribution of images of police officers and gendarmes that can potentially lead to their physical and psychological harm.