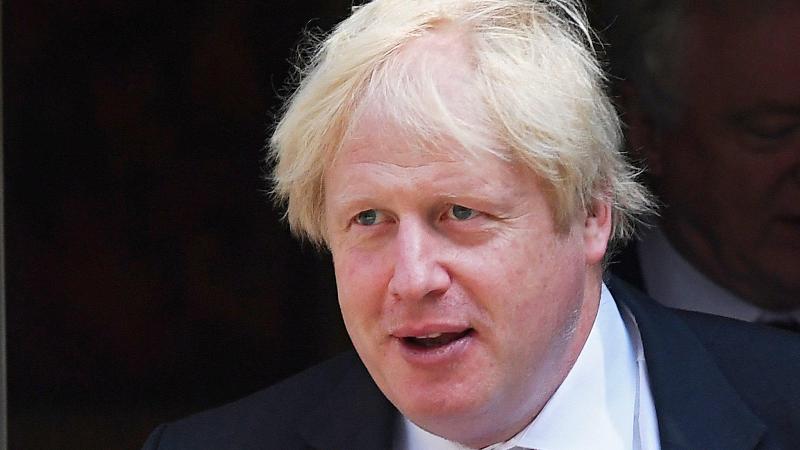 Moscow/Sputnik: The new COVID-19 alert level tier allocations, which will come into force in the UK once the country's nationwide lockdown expires on December 2, is the best way to prevent a spike in COVID-19, UK Prime Minister Boris Johnson said at a press briefing on Thursday.

Earlier this day, UK Health Secretary Matt Hancock said that the government would return to its three-tiered COVID-19 alert system, which was originally introduced in October, as the COVID-19 cases were down 19 percent from a week ago. According to the Sky News broadcaster, 99 percent of the English population will be placed in tier 2 or tier 3, the highest tier with the strictest measures.

"These tougher tiers strike a balance. They're sufficient to continue driving the virus downwards, but it is important to recognize, they're less intrusive than the current national measures. In all tiers, shops, gyms, the leisure sector, hairdressers, other forms of personal care, places of worship, will reopen," Johnson said.

According to the prime minister, the UK government can not lift the restrictions, as such a decision will aggravate the situation and undermine the advances the country has made in the fight against the virus.

"If we ease off now, we risk losing control of this virus all over again, casting aside our hard-won gains and forcing us back into a New Year national lockdown with all the damage that would mean. The tough measures in our winter plan are the best way to avoid this outcome," Johnson said.

The prime minister noted that the mass testing and vaccination might improve the situation by spring and allow the government to lift the COVID-19 restrictions, but stressed that the country must first get through the winter season, which is conducive to the rise in infections.

"We now have reason to hope that by spring, community testing and vaccines will combine to end this era of restrictions, but to get that, we must first navigate a hard winter when the burden on our NHS is heaviest and the cold weather favors the virus," Johnson said.

A month-long national lockdown entered into force in England on November 5 as the UK was registering roughly 25,000 new positive tests for COVID-19 per day. The rise in new cases has fallen since the tougher measures were introduced, as the Department of Health and Social Care registered 17,555 new positive tests on Thursday.

The decrease in COVID-19 infections allowed the UK government to return to its three-tiered COVID-19 alert system, which was originally introduced in October prior to the one-month nationwide lockdown. According to guidance issued by the UK Department of Health and Social Care, the major cities of Manchester, Birmingham, and Nottingham, as well as the county of Kent, will all fall into tier 3, the highest tier with the strictest measures. The UK health secretary said that tier 3 areas would be offered a community testing program, similar to the one launched in Liverpool when the northern city was placed in the highest tier in October.

The UK's case total currently stands at 1.57 million and more than 66,700 deaths have taken place with COVID-19 listed on the death certificate.