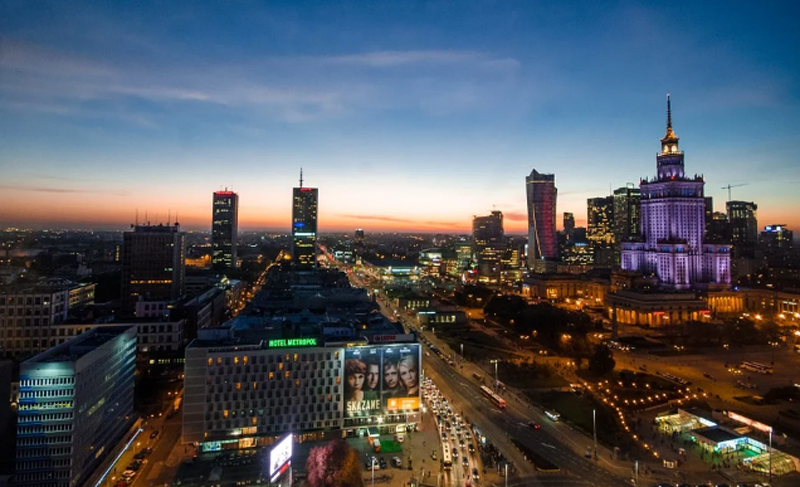 Warsaw/Sputnik: Trade centers and shops in Poland will resume operations starting November 28 while complying with sanitary rules, despite a surge in the number of COVID-19 cases per day, Prime Minister Mateusz Morawiecki said on Saturday.

Over the recent weeks, the epidemiological situation in Poland has deteriorated, with the country registering in November single-day records for new cases and fatalities, 27,875 and 637, respectively. As of now, most shopping centers are closed.

"We have decided that starting next Saturday, trade centers will operate in the highest sanitary regime," Morawiecki said at a press conference.

At the same time, the prime minister said that shops would be closed in case of violating sanitary rules.

In addition, the prime minister announced 100 days of solidarity in the fight against coronavirus.

The official also called on compatriots to refrain from trips, avoid mass gatherings and comply with hygiene rules during these 100 days.

In early November, the government toughened restrictions in a bid to limit the spread of the virus, but stopped short of imposing a lockdown. Poland’s entire territory is now considered a high-risk "red zone." Restaurants, bars and cafes are only allowed to offer takeaway services, students have returned to distance learning, and gatherings of more than five people are prohibited.