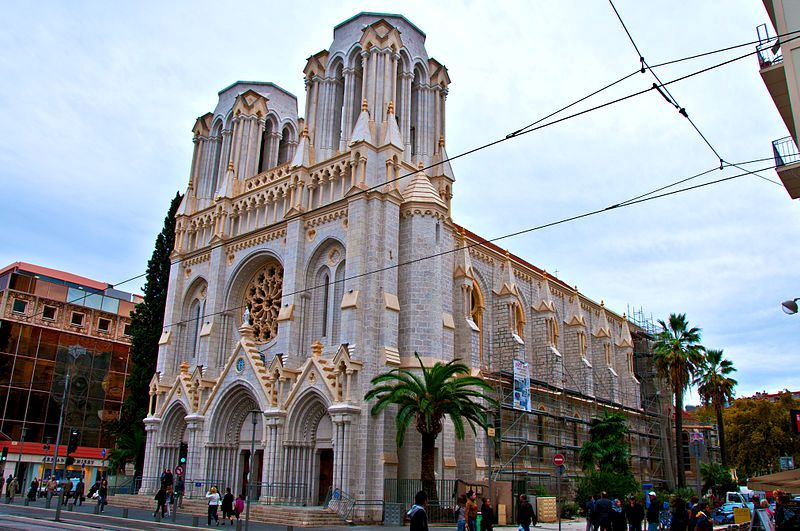 Nice: People in French city of Nice on Friday mourned the death of three people in a stabbing incident which the country's President described as a "Islamist terrorist attack".

A makeshift memorial has been set up outside the Notre-Dame basilica, where people have placed flowers and lit candles for the victims, reports BBC.

Security has been increased at places of worship and schools across France following two similar attacks within two weeks.

Earlier in October, a teacher was beheaded in Paris suburbs after showing controversial cartoons of the Prophet Muhammad to some of his pupils.

Macron's subsequent defence of the right to publish the cartoons has stoked anger in several Muslim-majority countries, reports BBC.

Meanwhile, French officials on Friday said the man who stabbed two women and a man to death in a church in France arrived from Tunisia days ago, media reports said.

The suspect, 21, had an Italian Red Cross document, issued after he arrived by a migrant boat to Italy's Lampedusa island last month. He was shot by police and is in a critical condition, reports BBC.

The country's president Emmanuel Macron described the incident as an "Islamist terrorist attack".

The suspect in the Nice attack was heard repeatedly shouting "Allahu Akbar" (God is greatest) before being shot by police.

"We also found a bag left by the attacker. Next to this bag were two knives that were not used in the attack," he added.