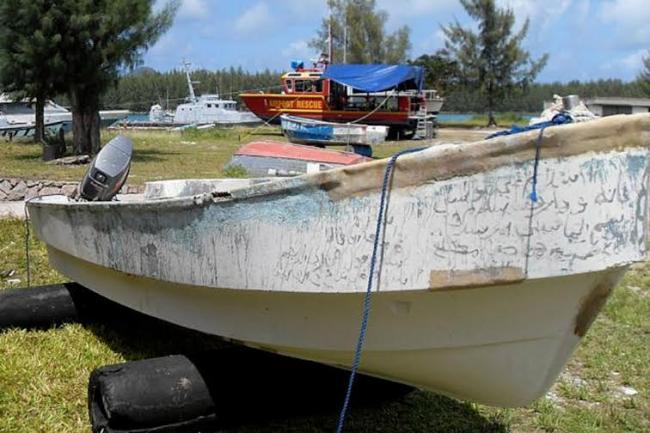 India Blooms News Service | | 28 Feb 2015, 09:27 am
#UN welcomes the release of long held hostages by Somali pirates
New York, Feb 28 (IBNS): Senior United Nations officials have welcomed the release this week of four Thai nationals after nearly five years in captivity, bringing an end to the longest held hostage ordeal in the east African nation thanks to a mission carried by the UN anti-crime agency.

The mission to recover the hostages was conducted by the UN Office on Drugs and Crime (UNODC), funded by the Contact Group for Piracy off the Coast of Somalia’s Trust Fund.

The crew, all Thai nationals, of the FV Prantalay 12 vessel, who were taken at sea by Somali pirates on 18 April 2010, were released on Wednesday by their captors into the hands of the Somali Regional Administration in Galmudug.

The FV Prantalay 12, a Taiwanese flagged fishing vessel, was used by the pirates as a ‘mother ship’ before it eventually capsized in July 2011. The remaining crew were then taken ashore.

Of the original 24 crew members, six succumbed to illness at various stages of captivity, and 14 Myanmar crew members were released to the Puntland Maritime Police authorities and were repatriated by the UNODC’s Hostage Support Programme in May 2011.

While this is indeed good news, many more hostages remain in the hands of Somali pirates. A further 26 hostages are currently being held, having been abducted from the FV Naham 3. The UNODC Hostage Support Programme is also supporting these victims in similar ways such as contact, proof of life and occasional medical visits funded by the Oceans Beyond Piracy.

“We are extremely relieved to have obtained the release of these four Thai hostages, but let us not forget the remaining 26 Asian crewman still being held in Somalia. They need to be returned home to their families. We are striving to make that happen,” said a UNODC spokesperson.

He added, “I am hugely grateful to the Galmudug state officials who conducted this mission yesterday. They put their lives at risk to bring these poor crewmen home after nearly five long years.”

Nicholas Kay, the United Nations Special Representative of the Secretary-General for Somalia and head of the UN Assistance Mission in the country (UNSOM), said, “I am grateful to see the longest held hostages released from Somalia, and thank all those involved who made it happen, especially the regional authorities in Galmudug.”