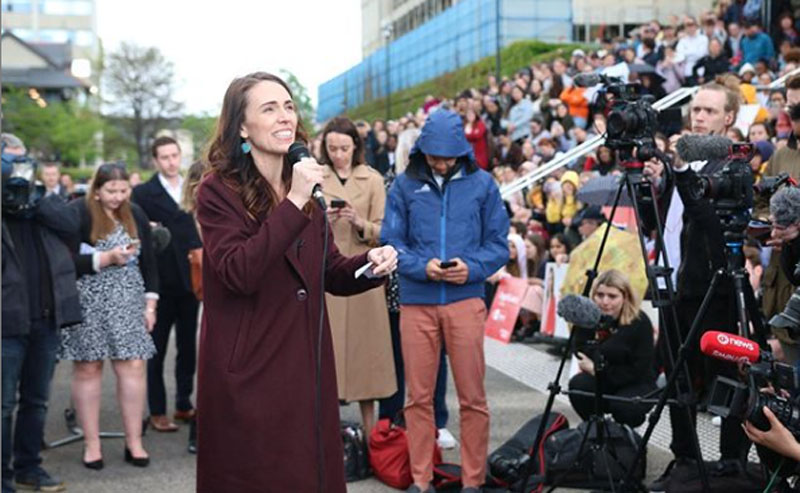 Wellington/UNI: The Labour Party led by Jacinda Arden is on course to win a second term, boosted by successful handling of the pandemic coronavirus.

Since the counting began, the Labour Party has maintained a comfortable lead.

As per latest projections, Labour is poised to win 64 seats, National 35, ACT 10, Greens 10, Maori Party 1 and NZ first might not be able to open its account.

The total this year is about 57 percent of the 3,222,064 enrolled voters. The Electoral Commission has reported the statistics this afternoon, recording 1,976,996 total advance votes including 233,575 cast on Friday, the final day before the election.

The elections to form the country's 53rd parliament were scheduled to be held in September, but were postponed by a month after a renewed Covid-19 outbreak.

Meanwhile, there's been big applause at the Labour Party's HQ in Auckland as election results begin coming in. Supporters have flocked to the party's headquarters.