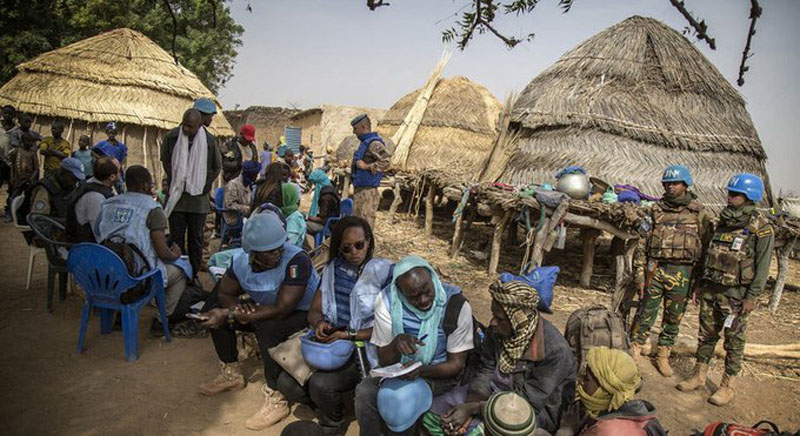 New York: The UN’s work in promoting dialogue between Arabic and Kurdish groups in Iraq is just one example of how human rights personnel are playing a critical role at the Organization’s peace operations around the world.

The case is included in a report launched on Monday that documents the contribution of human rights components in the field towards supporting political processes, building sustainable peace, and preventing or countering violent conflict.

“The findings of the study do demonstrate, and bring concrete examples on this, how the work of the human rights components improve the effectiveness and the performance of UN field missions”, said Ilze Brands Kehris, UN Assistant Secretary-General for Human Rights.

The report Going Further Together is in line with a call to action made earlier this year by UN Secretary-General António Guterres in which he underlined how human rights “must permeate everything we do”.

The Iraqi case study highlighted confidence-building measures undertaken by the UN mission in the country, UNAMI, in the disputed city of Kirkuk, from 2010 to 2012.

UNAMI identified priorities for political engagement, including the treatment of detainees on both sides.

“The ability of the human rights component to conduct thorough and impartial detainee reviews was critical to building trust between the parties, and this helped in turn to create the political space for further dialogue and mediation”, said Kehris.

The report is based on interviews with senior UN officials, civilian and uniformed personnel serving under the UN flag, civil society members, and representatives from governments of the countries hosting UN peacekeeping and political operations.

At a virtual press conference for the launch, several UN officials shared observations from their years in the field.

Human rights as ‘enabler’ for change

François Grignon, a former deputy representative at the UN’s mission in the Democratic Republic of the Congo, MONUSCO, described human rights components as an “anchor”.  He said officers provide solid reporting that facilitates engagement and puts human dignity at the centre of political processes.

The work of human rights colleagues also serves as a “barometer”, he added.  Mr. Grignon cited the example of South Sudan, where massive violations continue to take place despite a peace process. He said the UN can thus engage the parties “because we have the human rights work, backing us up”.

That human rights work is also an enabler for governance changes and reforms, he continued. “And this is really, really important because in the end, that is what we also are trying to achieve”, said Mr. Grignon.  “We are trying to put back these States on their feet, but feet that will be rooted in the rule of law and accountability and end of impunity.”

While Grignon presented “the ideal scenario where everything is aligned”, another senior official, Bintou Keita, underscored the need for leaders in the field to “speak up” on behalf of the people the UN works to protect.

This includes during conversations around difficult issues, whether with national authorities, implementing partners or civil society groups.

“We have the accountability and responsibility for, first and foremost, the host country”, said Keita, Assistant Secretary-General for Africa in the UN’s political and peace departments.

“And that means that the work that we are doing in terms of investigation, reporting, public communication or public report, all of this has to be seen in a way which is that one day, that particular country’s State governance structure is aimed at the elements of enjoyment of all rights by their citizens.”

Going Further Together also contains lessons learned from the field. It further identifies ways human rights components can make an even greater contribution, including by engaging on the broader strategic objectives of UN missions.