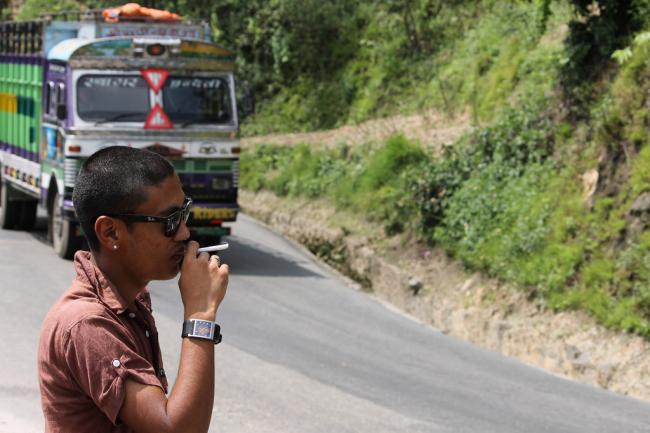 WHO treaty induces change in tobacco use

India Blooms News Service | | 27 Feb 2015, 08:30 am
#WHO marks 10 years of change in Tobacco use
New York, Feb 27 (IBNS): A World Health Organization-led treaty that aims to achieve a tobacco-free world has dramatically curbed tobacco use worldwide since its entry into force 10 years ago on Friday, but â€œthe war on tobacco is far from overâ€ with the tobacco industry still spending billions to promote products that are expected to kill some 8 million people each year by 2030, the WHO said.

The WHO Framework Convention for Tobacco Control (WHO FCTC) entered into force on February 27, 2005, enacting a set of universal standards stating the dangers of tobacco and limiting its use in all forms worldwide.

The treaty is the first international treaty negotiated under the WHO’s auspices, and has become one of the fastest endorsed by the United Nations to date, with 180 Parties, covering 90 per cent of the world’s population.

“The WHO Framework Convention stands out as the single most powerful preventive instrument available to public health,” says WHO Director-General Dr. Margaret Chan. “We know it works.”

“It averts addiction to a deadly product," Chan went on to say.

She said "It saves lives. Implementation of its provisions brings both an immediate and longer-term reduction in diseases and premature deaths. Increasingly fierce opposition from the tobacco industry is further evidence of how well this treaty works.

During the past decade, the treaty has enabled countries worldwide to make many significant achievements in tobacco control.

80 per cent of countries have boosted tobacco control legislation since becoming Parties.The cost of a packet of cigarettes has, on average, increased by 150 per cent among Parties.

There has been an increase in use of graphic health warnings, such warnings cover 75–85 per cent of cigarette packages in many countries and plain packaging initiatives are increasing. Many countries have banned smoking in indoor and outdoor public spaces, which has helped to ensure that smoking is no longer seen as socially acceptable.

Some Parties have set the explicit goal of becoming “tobacco free” (with less than 5 per cent prevalence of tobacco use), including Finland, Ireland and New Zealand, and the Pacific Island countries.

“However, the fight against tobacco is far from over,” said a press release announcing the anniversary issued on Thursday.

Tobacco companies are still spending billions on advertising, promotion and sponsorship of tobacco products, according to WHO. In addition they are also challenging the treaty’s implementation as well as tobacco control laws at national and international courts, and through trade and investment agreements.

Dr. Vera Luiza da Costa e Silva, Head of the Convention Secretariat, has said “We still expect 8 million people to be dying each year by 2030, because they have smoked tobacco or have been exposed to second hand smoke.”

“The use of alternative products such as water pipes, smokeless tobacco and electronic nicotine delivery systems are gaining in popularity and will need to be addressed through tobacco control measures,” she said.

She added, “The illicit tobacco market still counts for 1 in every 10 cigarettes consumed globally.”

According to WHO, the illicit tobacco trade is driven by numerous players, ranging from criminal networks to the tobacco industry.

“To counter the tobacco lobby’s influence, we must stand together against this insidious industry,” Vera was quoted as saying.

She also said, “We must fight to save the 6 million lives lost each year to tobacco. On this 10th anniversary of the WHO FCTC, we must recommit to further reducing tobacco use because a tobacco-free world is in our reach.”