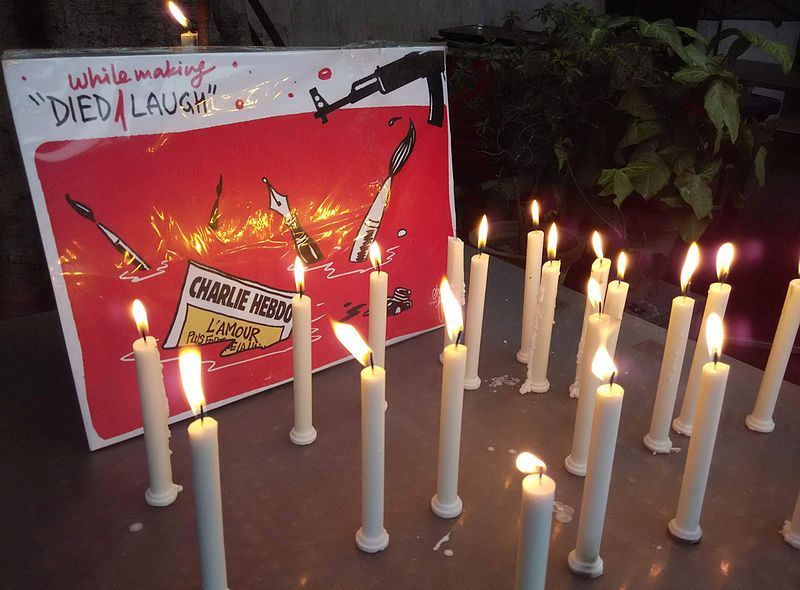 Paris/UNI: The main suspect in Friday's knife attack that took place near the former headquarters of the controversial French magazine Charlie Hebdo was enraged due to the republication of controversial cartoons depicting Islam's holy prophet, reported French media on Saturday citing sources.

As per French newspaper Le Parisien, the suspect is believed to be a Pakistani born individual named "Ali H." The suspect is said to have pleaded guilty to the attack in Paris, which left two people injured.

"He said that he thought he was at Charlie Hebdo's building and that the people he attacked were from the satirical magazine," the newspaper quoted a source linked to the investigation as saying.

The newspaper added that it remains to be ascertained whether the suspect acted alone or was linked to any terrorist organization.

Charlie Hebdo magazine had shifted its office from its original premises, where the incident on Friday took place, after the January 2015 terror attack that left 12 people dead.

The magazine republished the cartoons depicting the holy prophet earlier this month as the trial into the 2015 terror attacks commenced. Terror outfit Al-Qaeda has threatened the magazine with a new attack following the republishing of the cartoons.