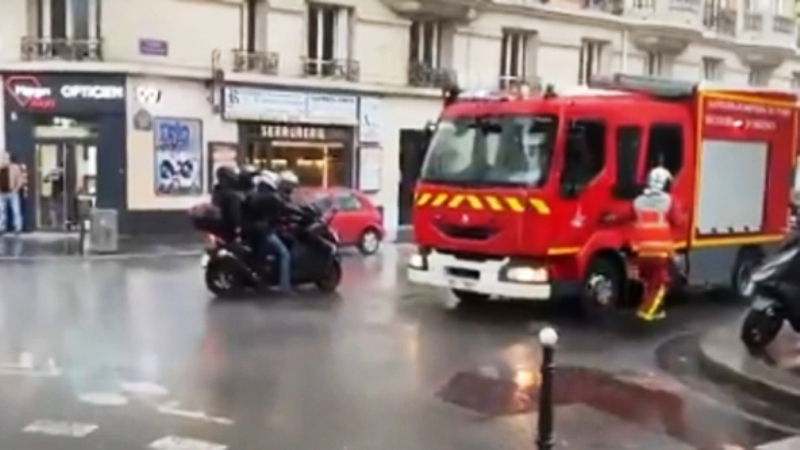 According to French Prime Minister Jean Castex, whose statement was broadcast by franceinfo, two of the injured were in serious condition, reports Sputnik.

As per media reports, there were two attackers and they are currently at large.

The Minister went to the spot after the incident.

He tweeted: "A stabbing attack was carried out near the former premises of the weekly Charlie Hebdo. I immediately went to Place Beauvau to review the situation with the Minister of the Interior @GDarmanin."

Two people have been arrested in connection with the incident.

The second suspect in the attack in Paris, near the former Charlie Hebdo outlet's office, was detained, the franceinfo broadcaster reported Friday.

One other suspect was apprehended earlier in the day.

According to the broadcaster, the anti-terrorist prosecutors have become involved with the case.

The stabbing incident occurred at a time when a trial is currently underway in the city for alleged accomplices of the authors of the January 2015 attack on Charlie Hebdo.

As many as twelve people, including some popular cartoonists of the country, were killed in the attack.

It is not clear whether Friday's attack was linked t the trial.

Al-Qaeda terror group had recently threatened with a new attack on the French satirical magazine Charlie Hebdo after the latter’s decision to reprint the caricatures of the Prophet Mohammed.

Charlie Hebdo recently republished the controversial images of Prophet Mohammed, which are believed to be a cause of the 2015 deadly attack on the magazine.

The decision was made in light of the beginning of a trial of those, who are accused of providing attackers with assistance.

Al-Qaeda issued a statement ahead of the 19th anniversary of the 9/11 attacks, which were organized by the group, to condemn the new reprint of the cartoons, the AFP news agency reported on Friday citing a report of the SITE intelligence group.

The terrorists accused the French government of giving a green light to the republication of the images and stressed that Charlie Hebdo made a mistake if it thought that the 2015 attack was an act of one-time revenge.

The attack on the Charlie Hebdo office on January 7, 2015, was carried out by brothers Said and Cherif Kouachi, and in twelve deaths. Amedy Coulibaly, an associate of the Kouachi brothers, shot dead a police officer in Paris' southeastern suburb of Montrouge the following day and then took hostage and killed another four in the Hyper Casher store.

All three attackers were eliminated by security forces.