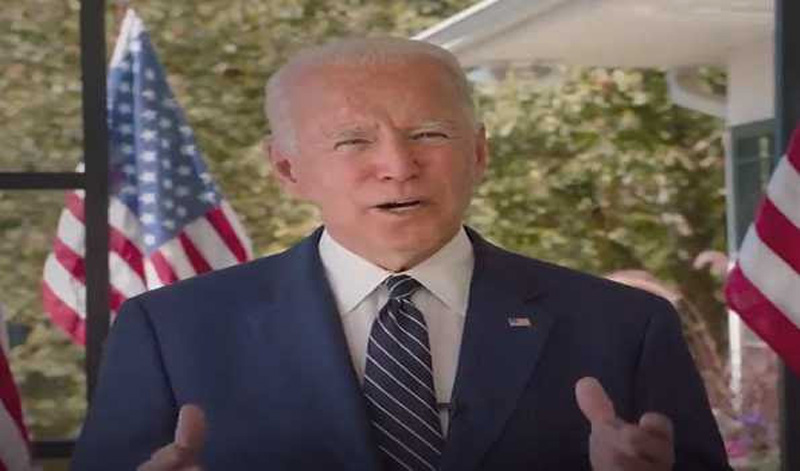 Biden praises Indian-Americans for their contribution to US, exhibits interest in Indo-Pacific region

Washington, Sep 23 (UNI) Democratic presidential candidate and US former vice-president Joe Biden has appreciated Indian-American community for its hard work and entrepreneurship for boosting the economic growth of the country and said that his administration would address the concerns regarding H-1B visa and the legal immigrants.

In a virtual fundraiser organised by the Indian-American community on Tuesday, Biden said that India and the US can get the Indo-Pacific order right for a better future. He also reiterated his earlier statement that the relation between two countries is of defining partners in the 21st century.

"The US and India share a strong interest in a rules-based Indo-Pacific region, where no country including China threatens its neighbours with impunity," Biden said.

Speaking on the community's potential, he said that entrepreneurs running businesses around the country and around the world, innovators who make the foundation for Silicon Valley and lead some of the most influential companies in the world come from the community, the former vice-president said.

"You have helped forge an economic and cultural dynamism in this country. That is a continuation of who we are, we are a nation of immigrants," Mr Biden added.

The former vice-president also took the opportunity to hit out at President Donald Trump and alleged that the latter is ceding space to China just when the country is looking to undercut its neighbours and the American leadership in the Pacific.

He said all the harmful actions on H-1B, racial injustice or climate crisis are a common threat. "This president makes things worse, not better," Biden added.

It makes parents wonder whether their kids will have the kind of future they dreamed of when they came here, he said.

"As president, I promise I am going to draw on the best, not the worst, beat this pandemic and build the economy back, help our kids get a good education and make sure healthcare is a right, not a privilege, and build an immigration system that powers our economy and reflects our values," Biden said.