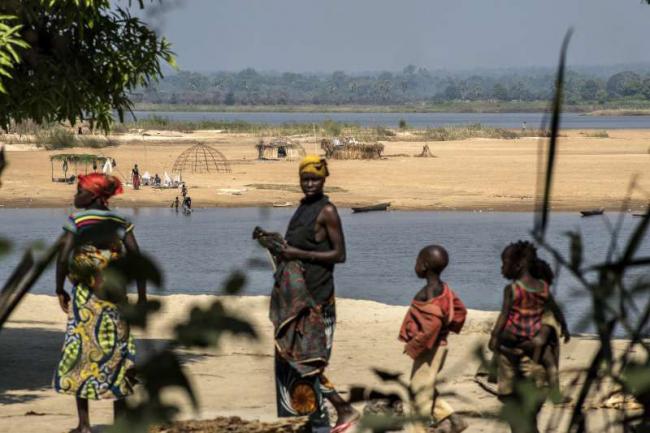 India Blooms News Service | | 25 Feb 2015, 09:44 am
#Surge in Violence in Central Africa
New York, Feb 25 (IBNS): An upsurge in violence in the Central African Republic (CAR) has triggered fresh displacement inside the country and across the border into the Democratic Republic of the Congo (DRC), the United Nations refugee agency said on Tuesday.

Briefing the press in Geneva this afternoon, Karin de Gruijl, Spokesperson for the Office of the United Nations High Commissioner for Refugees (UNHCR) said that since January, an estimated 30,000 people have fled their homes and found refuge in other parts of the CAR.

Much of the recent violence in the besieged country has been associated with seasonal movements of livestock and clashes between herders and the local and agricultural populations and the anti-Balaka, Ms. de Gruijil said. Some herders have turned to ex-Seleka militias for protection.

Civilian populations have been caught in the middle and their villages, houses and belongings have been burned down.

UNHCR has distributed relief items including blankets, jerry cans, kitchen sets and plastic sheeting to more than 1,170 recently displaced families in the CAR town of Bambari. In Batangafo, 800 families have received these emergency kits. However, the security situation there remains precarious.

“Armed elements enter some of the sites for displaced people in Bambari and Batangafo, threatening people and extorting money. Some of the displaced live just meters away from their former homes, yet they cannot go back for fear of losing their lives,” said Karin.

“While most of the local authorities are absent, many public buildings in Bambari are controlled by ex-Seleka forces. More robust police and gendarmerie presence is urgently needed to protect civilians and to prevent further killings and acts of retaliation,” she added.

Across the border, in the DRC, UNHCR has registered more than 19,000 refugees who have arrived in Bosobolo territory in the north of Equateur Province as a result of new violence since December in CAR's Kouango district, in Ouaka Prefecture.

“Our teams on the ground report the ongoing arrival of refugees who tell us that they flee clashes between the anti-Balaka and ex-Seleka militias in their villages. They say that their houses are being burned and they have no other choice than to flee. If they stay in their villages, they risk being tortured or killed and women are being raped,” the UNHCR spokesperson said.

Some 2,400 refugees have crossed into the DRC, using new entry points in the territories of Mobayi and Bosobolo since 15 February. Most are children.

UNHCR and its partners are on the ground to set up a new refugee site in the area of Bili, away from the border. Newly arrived refugees currently live in spontaneous settlements on the shore of the Oubangui River, the natural border between the DRC and CAR, in makeshift shelters with very limited access to health care, clean water and food.

“On 9 February, three refugee girls were kidnapped by armed elements who crossed into the DRC close to Dula and took them back to the Central African Republic. One girl who managed to escape told us that they were raped. She is now receiving medical treatment. The other girls are still missing,” Karin said.

Fresh off her recent visit to the CAR and Cameroon where she visited internal displaced persons (IDP) camps, Assistant Secretary-General for Humanitarian Affairs and Deputy Emergency Relief Coordinator, Kyung-Wha Kang, called the humanitarian situation on the ground dire.

“The overwhelming majority of displaced and refugee families that I met mentioned that insecurity is the main obstacle to them in returning to their homes, or being located elsewhere. They also called for reparation and compensation mechanisms to be established for the violence and losses they suffered. People from minority groups such as the Fulani – also known as Peul - expressed strong feelings of having been marginalized in society,” Kang said in a statement.

In many places outside Bangui, State authority is almost non-existent, she continued. This means that it is a very dangerous place for humanitarian work. Last year there were nearly 140 security incidents directly targeting aid workers, and since 1 January this year, four humanitarian workers have been kidnapped.

Kang said that not only is it an extremely complicated environment for aid organizations to work in, especially as the humanitarian needs grow, in both countries, the lack of resources is hampering the aid response.

In Cameroon, Kang travelled to Yaoundé and visited the Gado camp for CAR refugees in the eastern part of the country. Cameroon is now facing enormous challenges from the impact of attacks by the Boko Haram in north-eastern Nigeria as well as in the far north of Cameroon itself, she added.