New York: A group of five independent UN human rights experts have strongly condemned the summary execution in Iran on Saturday of a former champion wrestler convicted of murdering a security guard during anti-government protests in 2018.

The Special Rapporteurs raised the alarm on Monday that Navid Afkari’s execution marks the latest in a series of death penalty sentences handed down in relation to protests in 2018 and 2019.

“Such flagrant disregard for the right to life through summary executions is not only a matter of domestic concern”, they said in a statement. “We call on the international community to react strongly to these actions by the Islamic Republic of Iran”.

The rights experts pointed out that Mr. Afkari’s execution was the second in connection to demonstrations over the last two months, which, together with the alarming frequency of death penalty sentences handed to protesters, “raises concerns about the authorities’ future response to protests and to any expression of opposition or dissenting opinion”.

"It is deeply disturbing that the authorities appear to have used the death penalty against an athlete as a warning to its population in a climate of increasing social unrest”, they said, sending their condolences to Mr. Afkari’s family.

An eye for an eye

The 27-year-old wrestler was arrested on 17 September 2018 for killing a security guard during protests in Shiraz. He was subsequently found guilty and sentenced to death under qisas, or retribution in kind, by a criminal court in Fars Province.

In a separate trial, the Revolutionary Court in Shiraz sentenced Mr. Afkari to a second death penalty for taking up arms to destroy lives or property and create fear in the public, known as moharebeh.

On 25 April 2020, Iran’s Supreme Court upheld the conviction for murder and the accompanying death sentence under qisas while the moharebeh sentence was still under appeal.

Calling his execution “summary…arbitrary [and] imposed following a process that did not meet even the most basic substantive or procedural fair trial standards, behind a smokescreen of a murder charge”, the rights experts questioned that if the the champion wrestler had been guilty of murder, “why was the trial conducted behind closed doors and through the use of forced confessions extracted under torture?”

Navid Afkari complained to the judiciary, claiming that officials had severely beaten his arms, legs, abdomen and back with sticks and batons; covered his head with a plastic bag to the brink of death; and poured alcohol into his nose, according to the press release issued by the UN human rights office (OHCHR).

“We are appalled at these serious allegations of torture which have not been investigated, the broadcasting of his forced confession by State television, and the use of closed and secret trials”, the Special Rapporteurs said, stressing the “the inherently cruel, inhuman and degrading nature of the death penalty”. 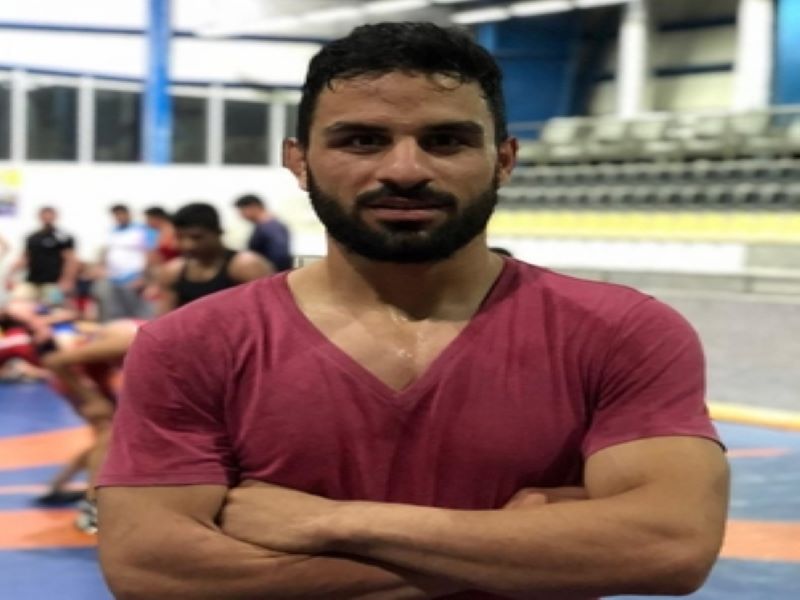 Prior to execution, the family was denied its right to a last visit. Mr. Afkari was buried secretly at night, according to the experts, raising “serious doubts about the veracity of the basis for the murder charge against him”, they said.

The hastened secret execution, forced confession under torture...and the denial of a last family visit suggest that there was an attempt by the authorities to expedite his execution -- UN experts

“The hastened secret execution, forced confession under torture as the sole evidence, closed trial and the lack of respect for the domestic requirements for reconciliation and the denial of a last family visit suggest that there was an attempt by the authorities to expedite his execution,” they upheld.

For countries that have yet to abolish the death penalty, the UN experts recalled that “international law requires that it only be imposed after proceedings that meet the highest level of respect of fair trial and due process standards.”

“The ‘most serious crimes’ provision further requires that it is imposed only for the offence of intentional killing”, they noted, highlighting that the persistent execution of individuals for exercising their rights to freedom of expression, association and peaceful assembly “contravenes universally accepted human rights principles and norms”.

#NavidAfkari was a young man with a promising future ahead of him. Carrying out his death sentence with such utter disregard for the basic principles of justice further demonstrates the cruelty of the death penalty. https://t.co/M4qErn19Op

Special Rapporteurs are appointed by the Geneva-based UN Human Rights Council to examine and report back on a specific human rights theme or a country situation. The positions are honorary and the experts are not paid for their work.