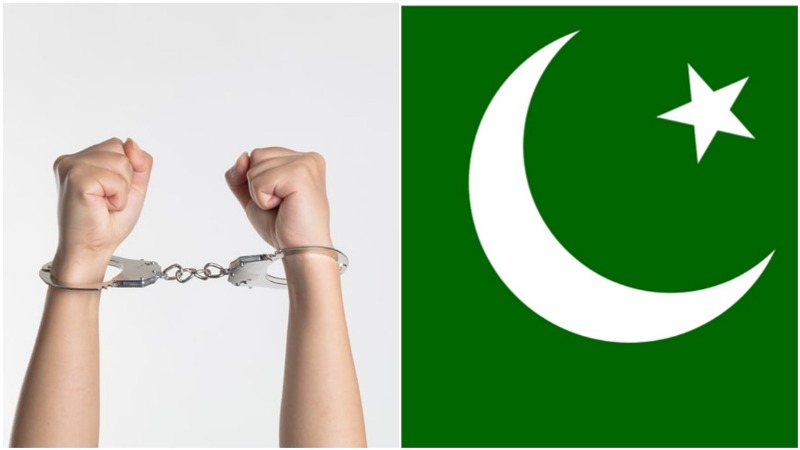 Sources told ANI the technology being smuggled could be used for Missile Guidance systems.

"The Spanish Police have apprehended two unidentified persons on July 1 from Alicante, South East of Spain. The two were convicted of smuggling dual-use equipment and technology to the Pakistani military companies," the sources told the news agency.

The individuals were operating a company from three industrial warehouses in Alicante which specialised in the export of autonomous navigation technologies for UAVs. Much of their business dealings could be traced back to Pakistan, reports ANI.

The police told the news agency that the technologies could be extensively used for Missile Tech Development Programs.

Spanish authorities did not provide the necessary licence needed for the export of the technology.

Sources told ANI the Spanish authorities have taken serious note of the issue as export of dual-use items that have both civil and military use to 'sensitive' countries go through a strict export control regulation.

Pakistani national was charged with moving U.S. currency to Iran

Away from Spain, a complaint was unsealed last month, charging two U.S. citizens with federal crimes related to Iran.

Muzzamil Zaidi, 36, a U.S. citizen who resides in Qom, Iran, was charged with acting in the United States as an agent of the government of Iran without first notifying the Attorney General.

Zaidi, Asim Naqvi, 36, a U.S. citizen who lives in Houston, Texas, and Ali Chawla, 36, a Pakistani national who lives in Qom, Iran, were all charged with violations of the International Emergency Economic Powers Act.

The complaint alleges that both charges stem from the defendants’ campaign to transport U.S. currency from the United States to Iran on behalf of the Supreme Leader of Iran in 2018 and 2019.

“Disrupting Iran’s ability to raise U.S. dollars is key to combating its ability to sponsor international terrorism and destabilize the Middle East, including through its military presence in Yemen,” said Assistant Attorney General for National Security John C. Demers.

“Zaidi, Naqvi, and Chawla allegedly raised money in the United States on behalf of Iran’s Supreme Leader, and illegally channeled these dollars to the government of Iran," Demers said.

"As a result of today’s charges, their unlawful scheme has been exposed and brought to an end.

"The U.S. Department of Justice and its National Security Division are committed to holding accountable individuals who operate covert networks within the United States in order to provide support and funds to hostile foreign governments like Iran in violation of U.S. law,” Demers said.

“This case is significant on many levels,” said Michael R. Sherwin, Acting United States Attorney for the District of Columbia.  “To begin, as alleged in the criminal complaint, the defendants have considerable operational links to the IRGC, which has conducted multiple terrorist operations throughout the world over the past several years.  The life-blood of these terrorist operations is cash – and the defendants played a key role in facilitating that critical component.”

As alleged in the affidavit in support of a criminal complaint, Zaidi offered his services to the Supreme Leader of Iran in or around July 2015 and said that he could serve the “Islamic Republic in the socio-political or another field.”

The complaint alleges that Zaidi traveled to Syria in or around June 2018 and that, while there, flew to an active war zone in an armed Iranian military or intelligence aircraft.

The complaint alleges that Zaidi had access to bases under the command of Iran’s Islamic Revolutionary Guard Corps (IRGC) while in that war zone, including a “Sepah Qods” (IRGC Qods Force) base.

The IRGC was designated as a terrorist organization by the U.S on April 4, 2019.  Qassem Soleimani, a major general in the IRGC, was commander of the Qods Force until he was killed in a U.S. airstrike on Jan. 3, 2020.

German authorities have claimed that Pakistan and North Korea are attempting to illegally obtain nuclear products and know-how from German hi-tech companies as part of efforts to develop their atomic weapons programmes.

The annual report from the Office for the Protection of the Constitution in Baden-Württemberg, a state in southwest Germany, said the country is an “important area of operation” for clandestine efforts by Pakistan, North Korea, Iran and Syria to obtain nuclear technology as it is a leading industrial nation and home to numerous hi-tech firms," reports Hindustan Times.

The report for the year 2019 was made public by authorities in Baden-Württemberg last month.

The report, which is in German, was quoted as saying by Hindustan Times: “Iran, Pakistan, North Korea and Syria are still pursuing such efforts. They aim to complete existing arsenals, perfect the range, deployability and effectiveness of their weapons, and develop new weapons systems. They are trying to obtain the necessary products and relevant know-how...through illegal procurement efforts in Germany."

In a specific section on Pakistan, the report said the country has operated an extensive programme for nuclear weapons and delivery systems for many years.