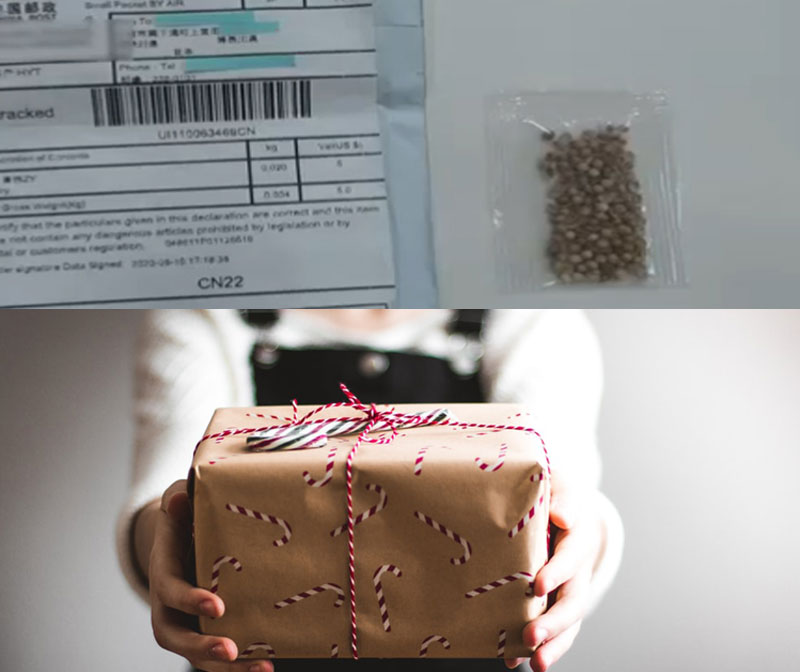 Amid COVID-19 pandemic, some Japanese say they received mysterious seed parcels from China

Tokyo: Some people in Japan have complained that they have received unsolicited mysterious seed parcels that appear to be coming from China, NHK reports.

The development occured at a time when Japan and the rest of the world is battling COVID-19 virus.

Plant quarantine officials in Japan have had a number of inquiries about unsolicited packages of seeds apparently sent from China. They are calling on people not to plant them, NHK reports.

A man in Miura City in Kanagawa Prefecture near Tokyo received a silver packet containing a bag of dozens of seed-like objects, each measuring about 2 millimeters. The shipping label suggests it came from China, reports the Japanese broadcaster.

Officials at the Yokohama Plant Protection Station say they have been contacted by people across the country about suspicious seed shipments since late July, reported NHK.

Similar incidents have been reported in more than 20 US states since June, including more than 1,000 in Virginia alone. The majority are postmarked from China. Authorities in Canada, Britain and Australia are also reporting cases, reports the Japanese news broadcaster.