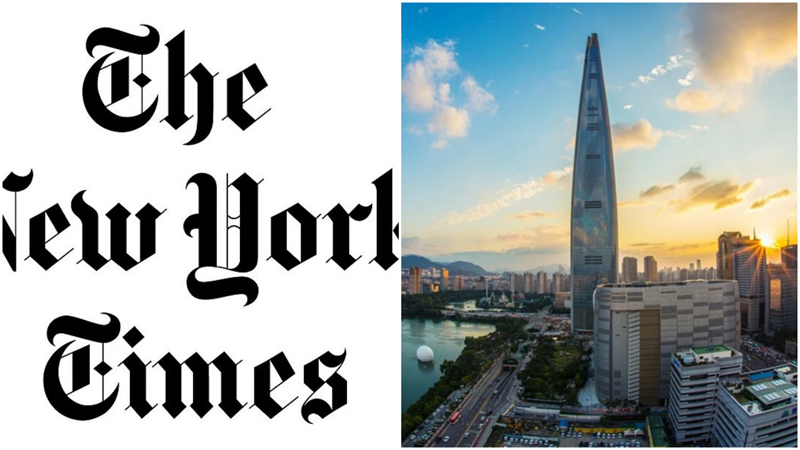 Moscow/Sputnik: The New York Times newspaper announced that it plans to relocate its Hong Kong-based digital news operation to the South Korean capital city of Seoul over uncertainty created for news organizations by the controversial national security law and subsequent protests.

"China’s sweeping new national security law in Hong Kong has created a lot of uncertainty about what the new rules will mean to our operation and our journalism. We feel it is prudent to make contingency plans and begin to diversify our editing staff around the region," the newspaper's executives said in a memo to staff.

According to the media, mainland China strengthened efforts to impede the affairs of Hong Kong and created doubts that it could remain a hub for journalists in Asia against this backdrop.

The New York Times said it intended to move the digital team of journalists, which accounts for roughly one-third of the newspaper's Hong Kong staff. However, its correspondents will still be based in Hong Kong to cover the city and region.

Beijing recently approved the security law, which outlaws separatist, subversive and terrorist activities in Hong Kong. On June 30, Chinese President Xi Jinping signed it into effect. The legislation has been condemned by the Hong Kong opposition, as well as Western officials, who claim it would undermine the city's autonomy guaranteed during its transition from the United Kingdom to China. The new law has been met by a wave of protests in the city, as some residents fear their rights may be infringed upon.

Both Hong Kong's leadership and Beijing say the law would not affect residents’ rights. Beijing maintains that the recent unrest in Hong Kong is a result of foreign interference and vows to respect the "one country, two systems" principle.