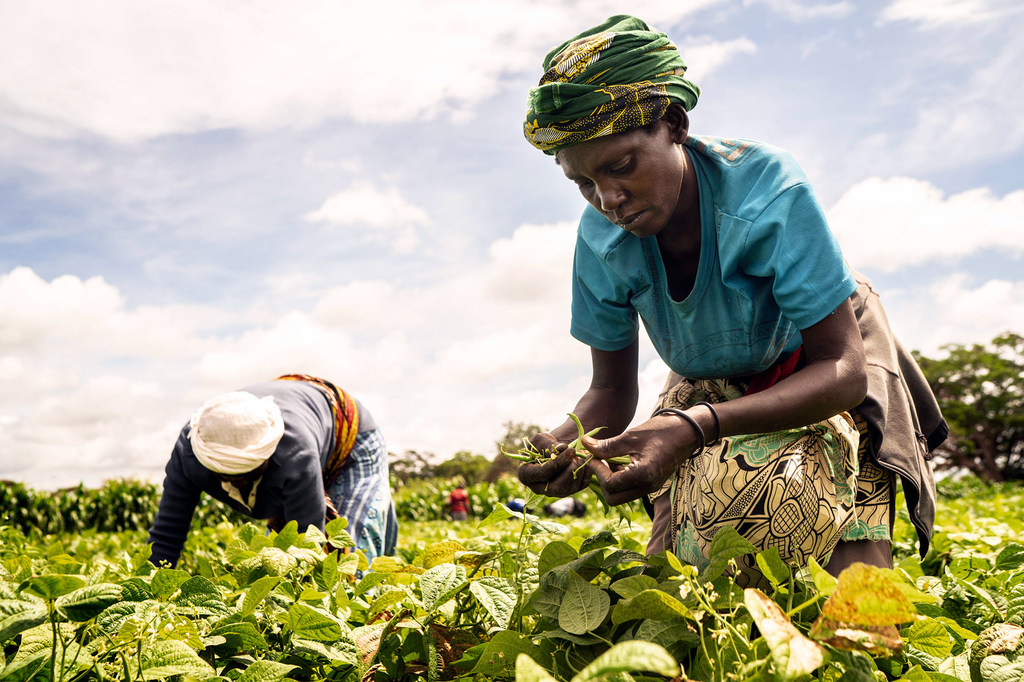 New York: In much of the world, “hunger remains deeply entrenched and is rising”, the UN chief said on Monday, launching this year’s major UN food security update, highlighting that over the past five years, tens of millions of people have joined the ranks of the chronically undernourished.

As countries “continue to grapple with malnutrition in all its forms, including the growing burden of obesity”, Secretary-General António Guterres said that this year’s State of Food Security and Nutrition in the World report “sends a sobering message”.

In the Foreword, the heads of the UN agencies involved cautioned that “five years after the world committed to end hunger, food insecurity and all forms of malnutrition, we are still off track to achieve this objective by 2030.”

In his video message marking the launch, the UN chief spelled out that if the current trend continues, “we will not achieve Sustainable Development Goal 2 – zero hunger – by 2030”.

As progress in fighting hunger stalls, the coronavirus pandemic is intensifying the vulnerabilities and inadequacies of global food systems, making things even worse.

“We cannot continue thinking of agriculture, the environment, health, poverty and hunger in isolation”, IFAD President Gilbert F. Houngbo said at the virtual launch. “World problems are interconnected, and the solutions are intertwined. The current pandemic is a wake-up call to all of us”.

WHO Director-General Tedros Adhanom Ghebreyesus said that "while it is too soon to assess the full impact of #COVID19, the report estimates that 130 million more people may face chronic hunger by the end of this year",

At the same time, Mr. Guterres maintained that COVID-19 response and recovery investments must help deliver on the longer-term goal of a more inclusive, sustainable world, with resilient food systems for people and planet.

“The transformation can begin now”, he upheld.

To help “make healthy diets affordable and accessible for everyone”, Mr. Guterres announced that he would be “convening a Food Systems Summit next year”.

Against the backdrop that “many more people could slip into hunger this year”, the UN chief concluded: “We cannot let this happen”.

While Asia currently has the greatest quantity of undernourished (381 million), people, the report showed that the number in Africa is growing fast (250 million), followed by Latin America and the Caribbean (48 million).

And although the global prevalence hungry has changed little, over the last five years, hunger has grown in step with the global population, which, in turn, hides great regional disparities.

With 19.1 per cent of its people undernourished, Africa is hit hardest and becoming even worse. This is more than double the 8.3 per cent rate in Asia and 7.4 per cent in Latin America and the Caribbean.

On current trends, by 2030, Africa will be home to more than half of the world’s chronically hungry.

Around the world, countries continue to struggle with multiple forms of malnutrition, including undernutrition, micronutrient deficiencies, overweight and obesity, according to the food security survey.

It reveals that a staggering three billion people could not afford a healthy diet and in 2019, some 191 million children under five were stunted or wasted – too short or too thin – while another 38 million were overweight.

Meanwhile, adult obesity has become a global pandemic in its own right.

The report evidenced that a healthy diet with nutrient-rich dairy, fruits, vegetables and protein-rich foods, are the most expensive food groups globally and cost far more than $1.90 a day – the international poverty threshold.

Although high costs and low affordability prohibit billions from eating nutritiously, securing healthy diets for people who do not have enough money to pay would help check the backslide into hunger while saving some $1.3 trillion in health costs by 2030.

While specific solutions differ from country to country, and even within them, the overall answers lie with interventions along the entire food supply chain, in the food environment, and the political economy that shapes trade, public expenditure and investment policies, according to the publication.

“Despite COVID19, conflicts, weather extremes and desert locusts”, WFP chief David Beasley stressed, “we have enough wealth in the world to feed everybody”.

In support, the IFAD president chimed in, “there are 7.8 billion people in the world. We grow enough food to feed 10 billion”.

“The problem is not production”,he  said. “Persistent and chronic hunger is the result of poverty, inequality, conflict, poor governance and marginalization of the most vulnerable”.

The study calls on governments to mainstream nutrition in their approaches to agriculture; support local small-scale producers to grow and sell more nutritious foods and secure their access to markets; prioritize children’s nutrition as the category in greatest need; and embed nutrition in national social protection systems and investment strategies.